14 students, a teacher killed in the shooting at the school in Uvalde, Texas 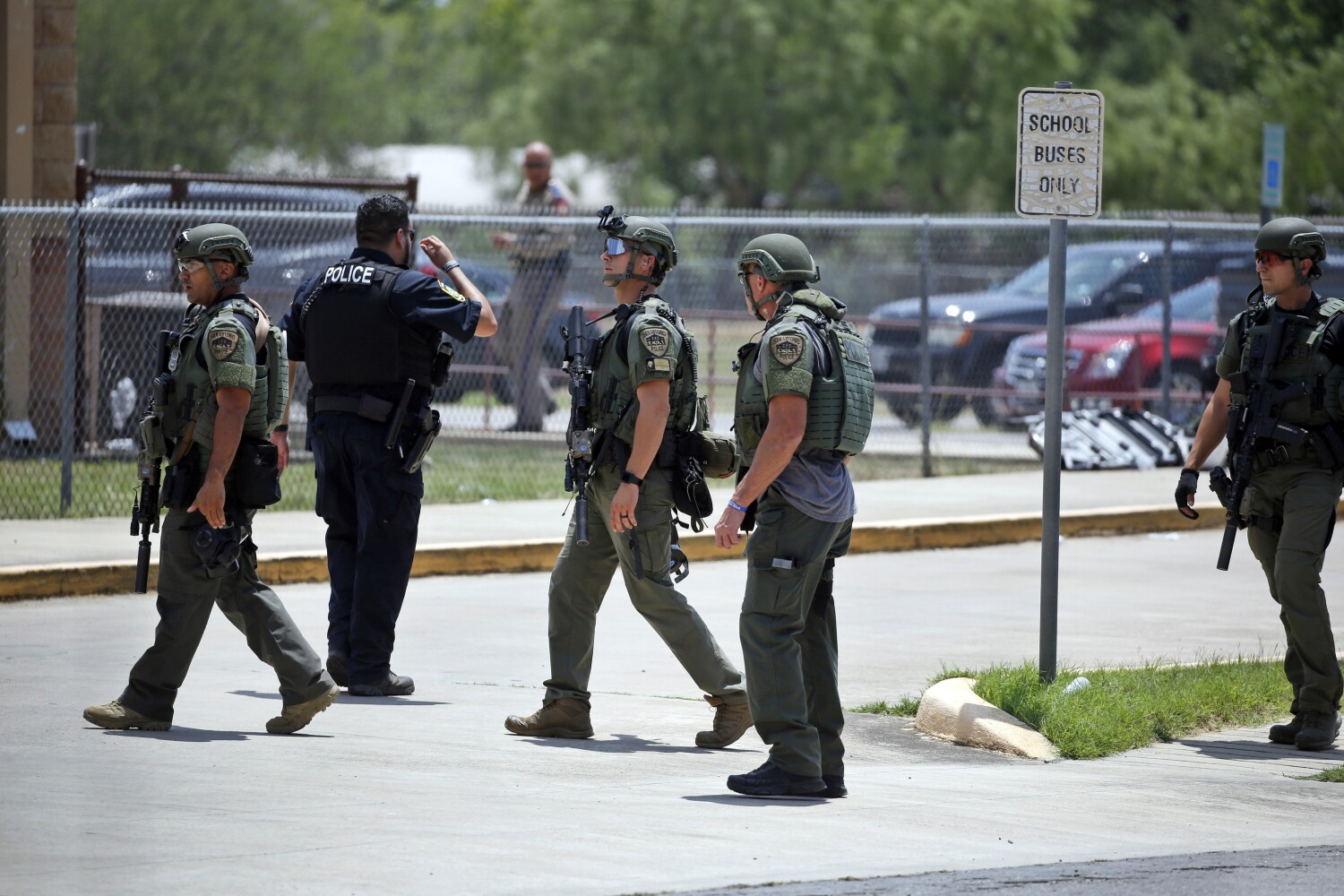 Fifteen people were killed, including more than a dozen children, in a shooting at a Texas elementary school, Gov. Greg Abbott said Tuesday.

“He shot and killed 14 students horribly, incomprehensibly, and killed a teacher,” the Texas governor said, adding that the suspect, an 18-year-old man, is also dead.

After an active shooter was reported at Uvalde’s Robb Elementary School, approximately 85 miles west of San Antonio, Uvalde Memorial Hospital said in a Facebook post at 12:30 p.m. Pacific that hospital staff would he was taking care of “several students” in the ER.

The Uvalde Memorial received 17 injured children in the emergency room via an ambulance or school bus, two of whom died on arrival, hospital chief executive Tom Nordwick said.

He said the hospital also treated a man in his forties who sustained minor injuries during the shooting.

“He just said, ‘Treat the children,’” Nordwick said, adding that 12 children were still being treated in the emergency room and could not say what their condition was.

Two children were transported to a San Antonio hospital and another was waiting to be transported, hospital officials said. San Antonio University Hospital said a 66-year-old woman was in critical condition.

Robb Elementary has an enrollment of just under 600 students. Earlier, the Uvalde Consolidated Independent School District said all schools in the district had been closed due to gunfire in the area.

A dispatcher from the Uvalde Police Department said the scene was still active and that no other information was immediately available.

The district said the civic center of the city was used as a reunification center.

The Associated Press contributed to this report.