Women don’t like Scott Morrison. All the recent polls indicate a significant gap in the Coalition primary vote between men and women, ranging from a 6- to 10-point difference. The latest Roy Morgan poll indicated that, in two-party-preferred terms, women’s vote for the Coalition was 41% as opposed to 59% for Labor. This is a huge gap.

Why is this so? An ACTU report suggests that women are more affected by cost-of-living increases and job security problems — both important issues in the election — and Morrison’s mishandling of the publicity surrounding the alleged rape of Brittany Higgins and the mistreatment of Richelle Miller in March last year have also fed into the notion.

However, it would appear that Morrison’s standing with women has been falling for some time and women who follow such things believe it’s what Morrison has said since he arrived in Parliament that has contributed to this low standing.

The Ernie Awards for sexist remarks, now in their 30th year, believe that Morrison’s unpopularity among women has been exacerbated by comments made since he became a public figure. Morrison’s 1950s persona has not gone down well with women, especially young women.

The women of the Ernies have booed him loudly for 10 years. Something about him really gets up their noses. One commentator referred to his “self-assured bellicosity”.

Unlike Peter Dutton, who aggressively attacks what he sees as “woke” feminism, Morrison seems strangely unaware that his statements are sexist or patronising.

So, what are these comments?

In 2015, Morrison burst onto the Ernies scene when he and Joe Hockey accused new mothers — on Mother’s Day! — of “double dipping” and committing “a fraud” on the Paid Parental Leave Scheme if they also legally accessed employer schemes.

In 2018, he knocked back a proposed gender analysis of tax issues with his truly tin-eared statement that “the tax system doesn’t discriminate by gender, it’s an absolutely ridiculous proposition … you don’t get pink forms and blue forms to fill out your tax returns”.

In 2019, he was once again in trouble for his smirking reference to Baywatch star Pamela Anderson’s complaints about Julian Assange’s treatment in the UK: “I’ve had plenty of mates who’ve asked me if they can be my special envoy to sort out the issue with Pamela Anderson.”

Last year, when talking about the Women’s March4Justice, he proudly addressed Parliament: “This is a vibrant liberal democracy, Mr Speaker. Not far from here, such marches, even now, are being met with bullets, but not here in this country.” 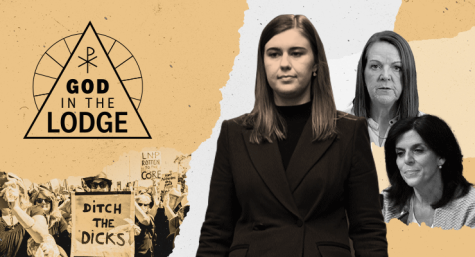 Following Brittany Higgins’ allegations of rape, he made his now-famous explanation: “Jenny and I spoke last night and she said to me ‘you have to think about this as a father first. What would you want if it were our girls’ … Jenny has a way of clarifying things.”

After Grace Tame made her emotional Australian of the Year speech detailing her experience of child sexual abuse, his tactless response was “Well, gee, I bet it felt good to get that out”.

One of his fallback tactics is to suggest that women who stand up to him are having mental health issues. When Julia Banks criticised the party (and eventually resigned), he indulged in classic gaslighting rhetoric: “I’m supporting Julia and I’m reaching out to Julia and giving her every comfort and support for what has been a pretty torrid ordeal for her.” (Banks memorably described him in her book Power Play as “menacing, controlling wallpaper”.)

He has not changed his language in any way. Even after being lambasted about his “I spoke to Jenny …” statement, he recently referred to the Will Smith slap at the Oscars by saying, “I am fiercely defensive of anyone who would say anything about Jenny, so I can understand”.

In a recent interview with Leigh Sales, he still referred to his female detractors by their first names, “Connie” and “Catherine”, and in the last few weeks he has continually positioned his support for Katherine Deves and her transphobic comments as “standing up for the women in my team”.

I may sound tough on Morrison but the Ernies women are equal opportunity offenders. Only lack of space prevents me from including terrible things that former Labor leader Mark Latham has said about women.

But just remember, the Australian electorate didn’t vote for Latham either.

Dr Meredith Burgmann is the founder of the Ernie Awards for Sexist Remarks (now in their 30th year) and is a former Labor president of the NSW Legislative Council. Her latest book (with Nadia Wheatley) is Radicals: Remembering the Sixties. The next Ernies are in August.