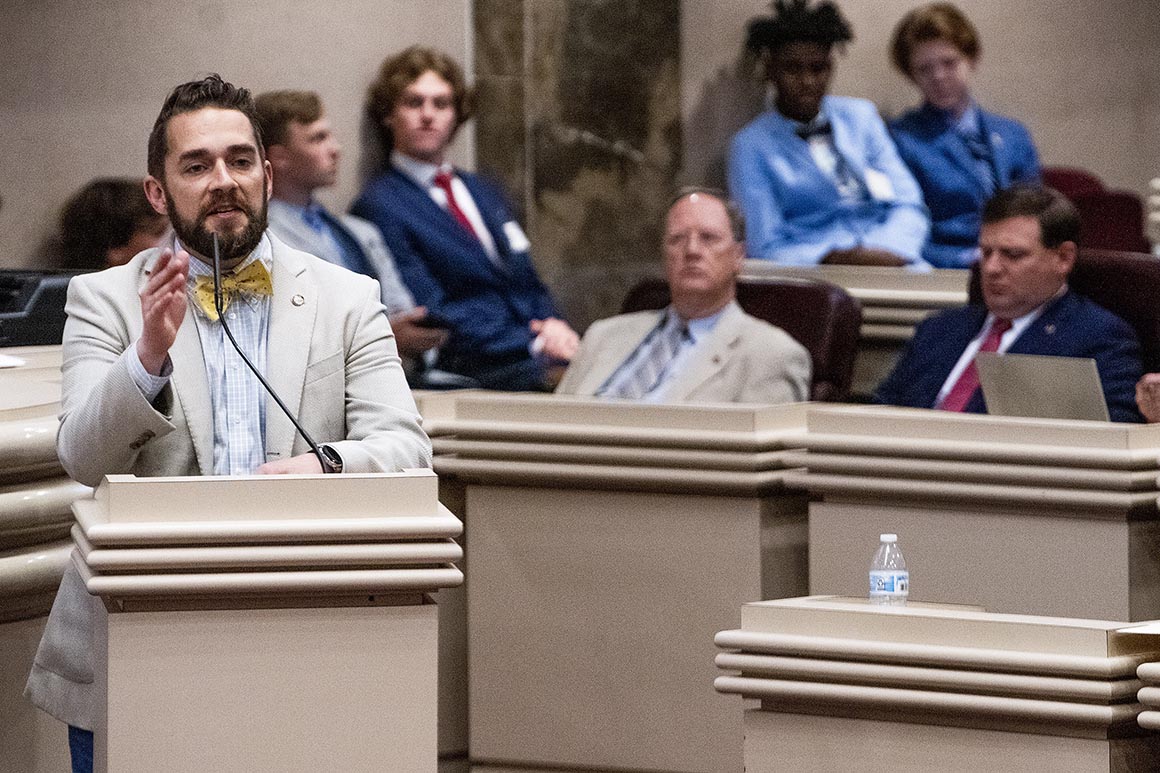 Republican Gov. Kay Ivey hasn’t taken a public stance on the bill, and her office did not immediately respond to a request for comment about whether she plans to sign it into law.

Proponents of the bill argued transgender youth might face long-term consequences from the treatment they might later regret.

“Their brains are not developed to make the decisions long term about what these medications and surgeries do to their body,” Rep. Wes Allen, sponsor of the House’s version of the bill, said on Thursday, according to the Associated Press.

The American Academy of Pediatrics considers puberty suppression and hormone therapy among the ways pediatricians can provide “developmentally appropriate” care for transgender youth.

The legislation also bans gender-affirming surgeries on transgender youth, though that is already not standard practice among doctors, and bars teachers and other school officials from shielding a student’s gender identity from their parent or guardian.

If Ivey signs the measure into law, Alabama would become the third state to block access to gender-affirming care for minors, and the first to mandate prison time. Lawmakers could override a veto with a simple majority.

Arkansas approved a ban on gender-affirming care last year after lawmakers overrode a veto from Republican Gov. Asa Hutchinson — who referred to the legislation as “vast government overreach” — though a federal court blocked the law from taking effect. Tennessee lawmakers also approved a law last year banning hormone treatments for prepubescent minors, though doctors do not provide such treatments before children begin puberty.

The American Civil Liberties Union, the ACLU of of Alabama, Lambda Legal and the Transgender Law Center pledged on Thursday to take Alabama’s proposal to court if it is signed into law.

“The Alabama Legislature and Governor Kay Ivey need to consider the time and resources they will invest, not to mention the stain of discrimination that often means lost opportunity and investment, and ask themselves if targeting the health care of children is truly worth it because we are prepared to make that investment in order to protect transgender youth, their families, and their doctors in Alabama,” Carl Charles, senior attorney for Lambda Legal, said.

Lawmakers also passed a separate bill on Thursday preventing transgender students from using bathrooms or locker rooms that correspond with their gender identity. The legislation was amended at the last minute to also include a version of Florida’s “Don’t Say Gay” law and now returns to the House for final approval.

Putting it in context: Passage of the Alabama bill comes amid an escalation of GOP efforts this year to pass measures that restrict access to health care, participation in school sports and bathroom access for transgender youth in statehouses.

The ACLU identified bills in 19 states that proposed restricting health care access for transgender youth, though some of the proposals have since failed.

A bill in Idaho that would have also made providing gender-affirming care to transgender children a felony passed out of the House last month but was blocked by Republican Senate leaders, who said the policy “undermines parental rights.”

Republican Texas Gov. Greg Abbott in February ordered the state’s child welfare agency to investigate parents who seek gender-affirming care after Republican lawmakers in that state proposed laws banning puberty blockers and hormone therapy but failed to pass them. A Texas judge last month blocked the state from carrying out that policy, though state Attorney General Ken Paxton indicated he plans to do so anyway, pending an appeal.

What the federal government says: The U.S. Department of Justice sent a letter to state attorneys general last week highlighting federal constitutional and statutory protections for transgender youth, including those seeking gender-affirming care.

“Intentionally erecting discriminatory barriers to prevent individuals from receiving gender-affirming care implicates a number of federal legal guarantees,” Kristen Clark, assistant attorney general for civil rights, wrote. “State laws and policies that prevent parents or guardians from following the advice of a healthcare professional regarding what may be medically necessary or otherwise appropriate care for transgender minors may infringe on rights protected by both the Equal Protection and the Due Process Clauses of the Fourteenth Amendment.”