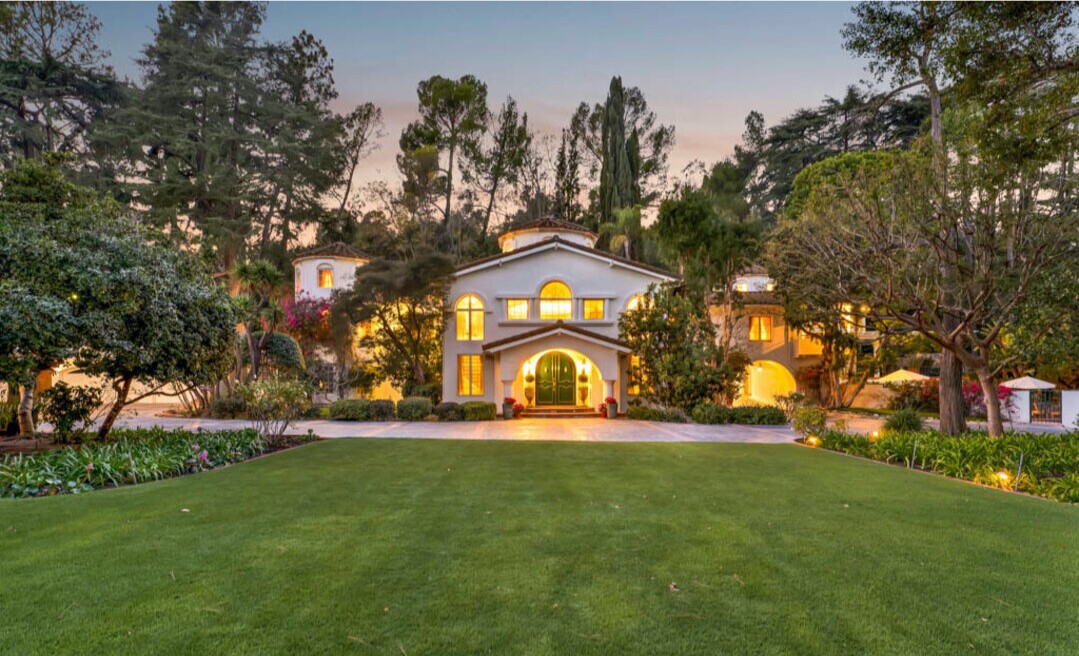 The estate of Alex Trebek’s Studio City, that the late “Jeopardy!” owned host for three decades until his death in 2020 – it changed hands for $ 6.45 million.

That’s exactly three times the price Trebek paid in 1991 when he bought it for $ 2.15 million, according to records. His widow, Jean, listed the house for $ 7 million in January. His daughter, Emily Trebek of Compass, took care of the sale.

The $ 6.45 million deal ranks as Studio City’s second most expensive home sale so far this year, and unsurprisingly. The 99-year-old home spans 10,000 square feet and sits on 1.5 acres in Fryman Estates, one of the neighborhood’s most expensive pockets.

Inside are five bedrooms, nine bathrooms, and a handful of sumptuous living spaces. There is a two-story entrance with double staircases, a sitting room under a dramatic rotunda, and a white and gold bar cabinet.

Another highlight comes in the media room, which features a library with a stone fireplace at one end and a carpeted cinema with crimson curtains at the other.

To the rear, park-like gardens include patios leading to a guesthouse, fountain, and pool with a slide. Beyond that is Wilacre Park, a 128-acre nature reserve. The complex is approximately a 30-minute drive from Sony Pictures Studios in Culver City, where “Jeopardy!” is filmed.

Originally from Canada, Trebek hosted “Jeopardy!” for 37 seasons from 1984 to 2020. During that time, he won eight Emmys as an Outstanding Game Host and also received stars on the Hollywood Walk of Fame and the Canadian Walk of Fame.

Emily Trebek and Renee Ogiens, both with Compass, kept the list. Andrew Dinsky of Equity Union represented the buyer.