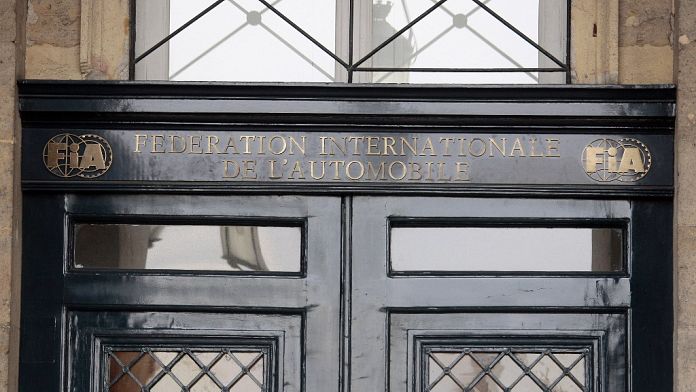 A young Russian kart driver is being investigated after giving a Nazi-style salute on a race podium.

Artem Severiukhin, who is competing under the Italian flag, was filmed beating himself in the chest before reaching out with his raised right arm and then laughing after an event on Sunday.

The incident occurred while the Italian national anthem was being played after Severiukhin won a European Championship race in southern Portugal.

Confirmed the governing body of FIA motorsport in a statements to have launched an “immediate investigation” on the “unacceptable behavior” of the kart driver.

The Paris-based organization said it would “communicate shortly on further steps that will be taken in this case.”

After the Russian invasion of Ukraine, the FIA ​​banned Russian drivers from racing under their country’s flag.

Severiukhin apologized for the incident in a video on Instagram and denied it was a “Nazi salute”.

“I have never supported Nazism and I consider it one of the most terrible crimes against humanity,” he said.

“I know it’s my fault, I know I’m stupid and I’m ready to be punished … but please understand that I didn’t support Nazism or fascism with this gesture.”

Ward Racing said he was “deeply ashamed” and condemned Severiukhin’s behavior in “the strongest possible terms”.

The privately owned Swedish team confirmed that it would move to terminate the driver’s race contract.

“The actions of Artem Severiukhin during the awards ceremony … were exclusively individual and in no way represent the views and values ​​of Ward Racing”, a statement on Facebook light.

“On the contrary, Ward Racing stands with the international community condemning the Russian invasion of Ukraine and expresses its solidarity with the people who suffer from this unprovoked and horrific attack.”

“Ward Racing does not see any possibility for a continued collaboration with Artem Severiukhin and will proceed to the termination of his race contract”.

The Russian Automobile Federation also stated in a statements who was aware of the incident and was investigating.

“We consider any manifestation, even accidental, of fascism and Nazism in Russian motor sports and Russian athletes unacceptable.”