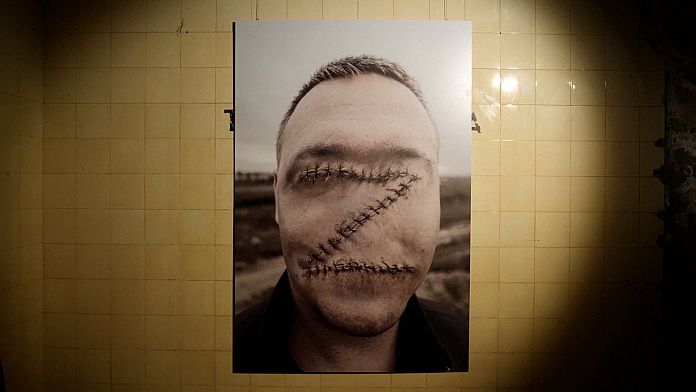 Carefully shape the little face, using your thumbs to make holes for the eyes and mouth, then slowly shape the nose.

Once he’s done, he carefully places his head next to the others, a bunch of screaming clay babies on the floor.

She started getting noticed already when she was in her Odesa home, and has continued after she fled to Moldova, Italy and now Germany.

Some of the artists fled to Berlin. Others are scattered all over Europe, some are still in Ukraine.

The exhibit takes place in a basement, intentionally to give visitors an idea of ​​what it’s like to live for days in an air-raid shelter.

In one room large paintings by the artist Mikhail Ray show faces sawn into letters, such as the Z. The artist is from Kherson, a city now occupied by Russian troops.

The exhibition “The Captured House” is on display in Berlin until May 15th. It will then be presented in Paris, Rome and Amsterdam.