Bataclan attacks the trial: “Evil did not win”, say the members of Eagles of Death Metal 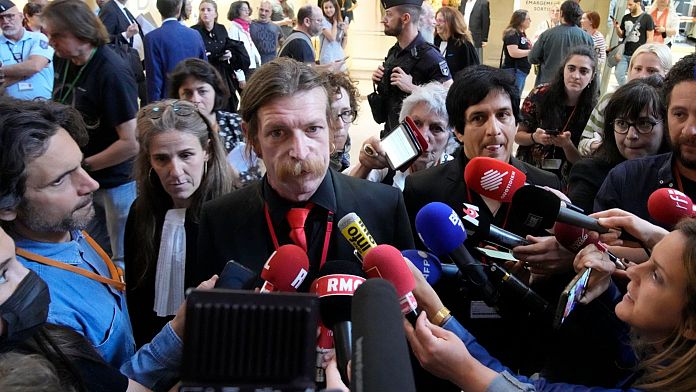 The Eagles of Death Metal relived the assault on the Bataclan during the terrorist attacks in Paris in 2015 and claim that “evil did not win”.

Members of the Californian rock group gave emotional testimony on Tuesday in a historic trial about the attacks, which killed 130 people.

The band had performed at the Bataclan concert hall in the French capital when it was stormed by terrorists from the so-called Islamic State (IS) group. The assailants broke through the hall’s main entrance and opened fire on the crowd during the concert.

The Eagles of Death Metal tour manager was among the 90 victims killed during the hour-long assault on the Bataclan.

Singer Jesse Hughes and guitarist Eden Galindo told the court that the attacks had disrupted their lives forever.

“Coming from a California desert community, I know the sound of gunfire,” Hughes said, visibly excited.

“I knew death was coming,” he said, adding that the band “ran away for their lives.”

Referring to fans who had attended the concert, Hughes also said that “nearly 90 of my friends were killed in front of us”.

‘I’ll never be the same again’

Galindo told the court that he escaped from the Bataclan through a side door, unaware if the gunmen were chasing them.

He said at the trial that he eventually took refuge in a police station “with others covered in blood.”

“I live a different life. I will never be the same again,” said the guitarist who thinks about the families of the victims and prays for them every day.

Salah Abdeslam is the only surviving member of the IS terror cell that attacked several areas of Paris on November 13, 2015. All other suspects were killed by French police or detonated with suicide devices.

Abdeslam told the court in February that he changed his mind about the detonation of an explosive vest during the attack. He also broke down in tears, asked for forgiveness and expressed condolences for the victims.

The unprecedented trial is expected to end on June 29, nearly seven years after the attacks.