Bono and the Edge perform in Ukraine during the Russian invasion 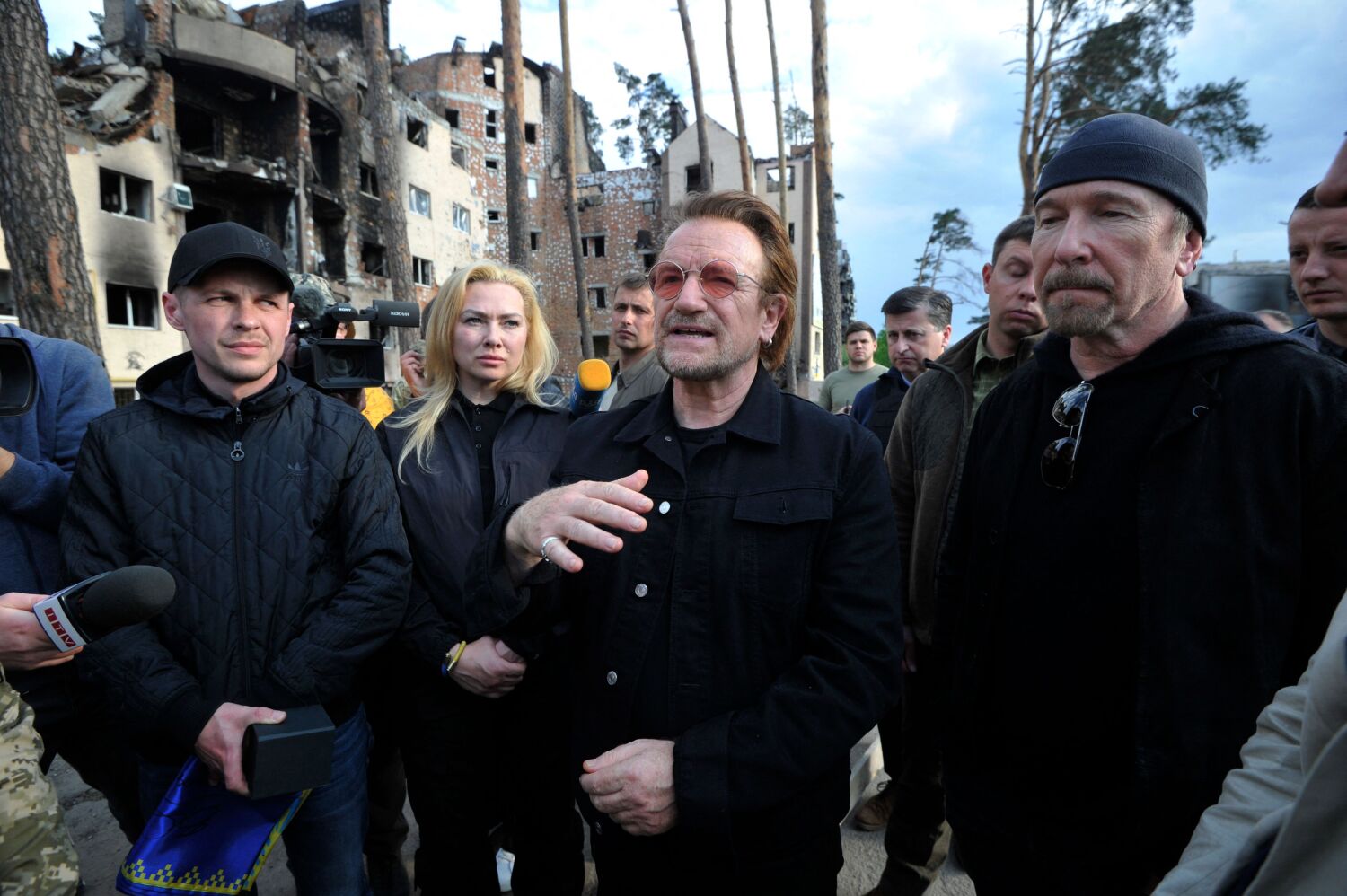 U2 singer Bono performed on Sunday in a Kiev subway station used as a bomb shelter in a demonstration of support for Ukrainians during the Russian invasion.

Accompanied by guitarist The Edge, Bono sang Ben E. King’s song “Stand by Me” at Khreschatyk Station. Another musician dressed in a Ukrainian military uniform – identified by various media as Taras Topolia of the band Antytila ​​- sang with Bono.

Bono tweeted that Ukrainian President Volodymyr Zelensky invited him and The Edge “to perform in Kiev as a show of solidarity with the Ukrainian people and that is what we have come to do”. Bono added the hashtag #StandWithUkraine.

According to the Irish Times, the musician’s set included U2 hits like “With or Without You”, “Desire” and “Angel of Harlem”. And for his cover of King’s “Stand by Me”, he replaced “Stand by Ukraine”.

“The people in Ukraine are not just fighting for your own freedom, you are fighting for all of us who love freedom,” Bono told the audience, according to Rolling Stone. “We pray that you will soon enjoy some of that peace.”

Bono also traveled to Irpin, a town on the outskirts of Kiev, and nearby Bucha, where hundreds of bodies were found after Russian troops withdrew last month. There, possible war crimes are investigated.

Bono is the latest rock star to show his support for Ukrainians since Russia launched its invasion earlier this year. In March, a viral video of community members in Odessa playing Bon Jovi’s “It’s My Life” as they prepared for battle caught attention none other than the band itself.

Other showbiz luminaries who have shown solidarity with Ukraine in recent months include Mila Kunis and Ashton KutcherMaksim Chmerkovskiy, Priyanka Chopra, Benedict Cumberbatch and Sean Penn.

Associated Press contributed to this report.