Canelo Alvarez says he could fight for a heavyweight title 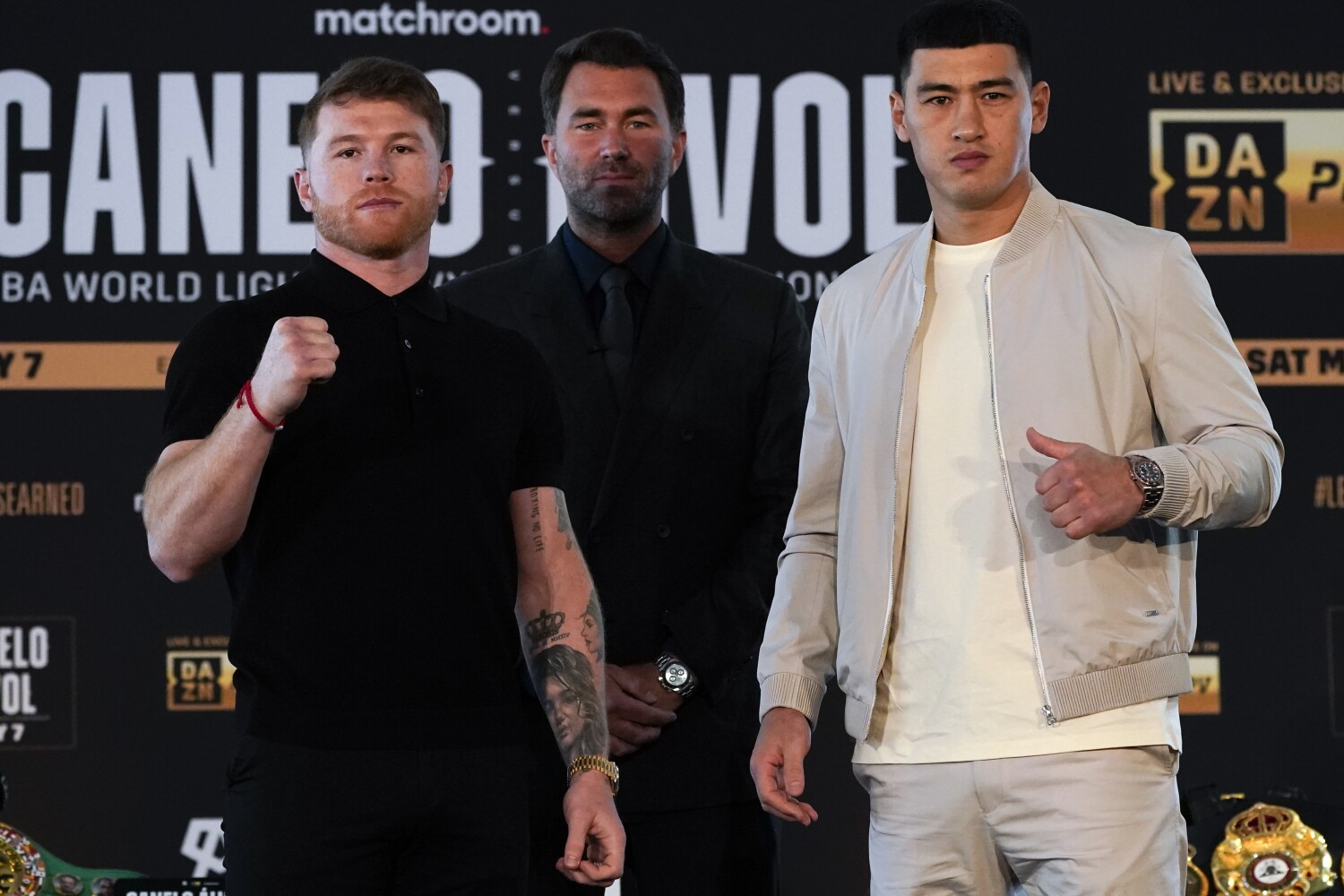 Canelo Alvarez has a plan

If, as expected, it beats Dmitry Bivol to win a share of the light heavyweight championship on Saturday night, he will drop from 175 pounds to 168 to fight Gennady Golovkin for the third time in September. If Álvarez wins that bout – he will be the favorite against 40-year-old Golovkin – he will aim to unify the light heavyweight titles by fighting the other two division belt holders, Artur Beterbiev and Joe Smith Jr.

If Álvarez does all of this – and is expected to do so – the Mexican would become the undisputed supermedium and light heavyweight champion in a year, further cementing his place as the best pound-for-pound boxer in the world.

And what then? The options would appear to be dwindling. What remains of the 31-year-old Mexican whose only professional defeat in 59 fights remains a setback to Floyd Mayweather Jr. in 2013?

The first is an obvious progression: to take his show around the world. Álvarez said he dreams of fighting in England and Japan. His promoter, Eddie Hearn, said he’d love to see Álvarez, who hasn’t fought in Mexico since 2011, take center stage at the Estadio Azteca.

The second borders on insanity: climbing into the weight class again, into uncharted territory and perhaps another stratosphere historically.

Álvarez confirmed he would welcome a fight against Oleksandr Usyk, a cruise heavyweight champion. Usyk is 6 feet-3. He is 19-0 with 13 knockouts. The 35-year-old Ukrainian weighed 221 pounds last September before beating Anthony Joshua 240 pounds for the heavyweight crown. He is a giant compared to the 5 foot 7 and a half Álvarez.

But Álvarez is at least saying he would welcome the challenge.

The fight, Álvarez confirmed, would be 201 pounds – or the minimum for a sanctioned heavyweight title fight. Usyk has his own business to take care of first; he has a rematch with Joshua scheduled for July after winning a unanimous decision in the first match in England.

“The ability to conquer categories that are impossible for a Mexican, for a person of my stature, well, it’s something historical,” said Álvarez. “And that’s what I want to do in my career: history.”

“I will fight everyone,” said Álvarez. “I do not care.”

To fight Usyk, if this is indeed a real possibility, everything will have to continue as planned on Saturday.