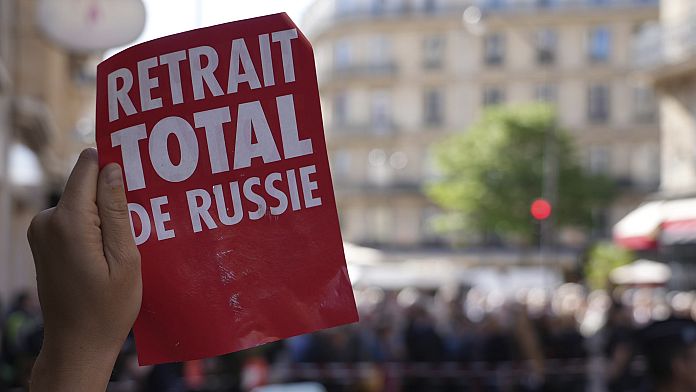 Since Wednesday morning, May 25, around 250 climate activists have blocked the holding of the annual shareholders’ meeting of the French energy giant Total.

Protesters were blocking the entrance to the Salle Pleyel in Paris, where the meeting was supposed to take place, from 8 am.

The protest follows similar action at Shell’s annual general meeting in London, which was disrupted by climate protesters on Tuesday, forcing the Dutch energy company’s board to suspend the meeting for several hours.

The statements from Greenpeace France and Friends of the Earth about the protest at the Total meeting are here and here.