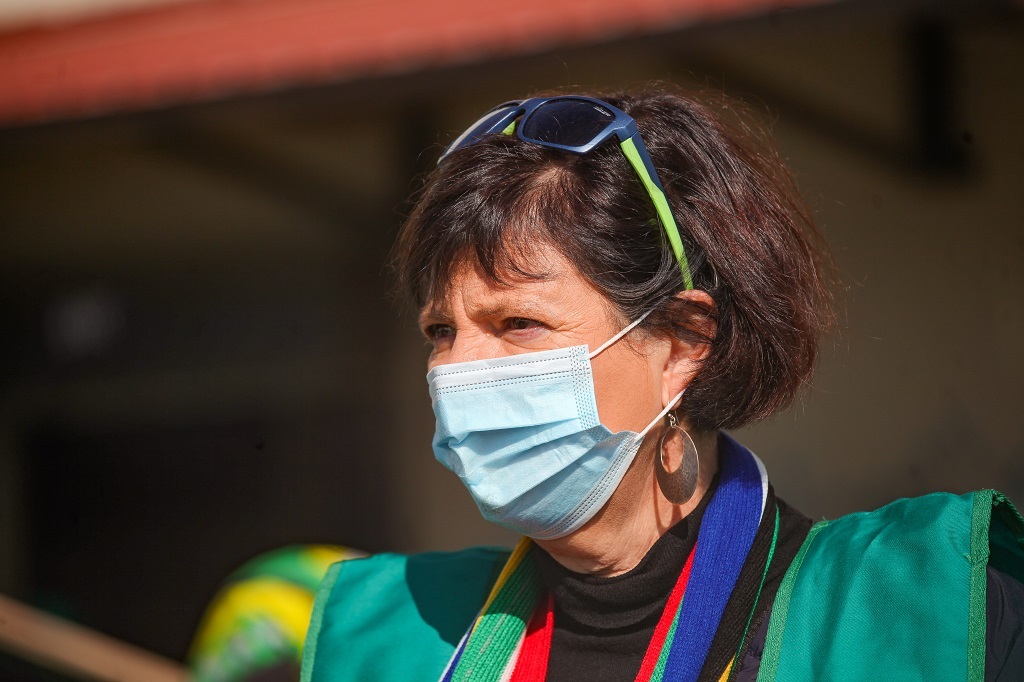 The Minister of Forests, Fisheries and the Environment, Barbara Creecy.

In an environment where civil society groups are fighting against exploration, Minister of the Environment, Forestry and Fisheries Barabra Creecy says he cannot unanimously block mineral exploration.

The minister spoke on Thursday at the Just Transition multi-stakeholder conference. The conference is organized by the Presidential Climate Commission and takes place over two days.

During a panel discussion, Creecy addressed questions about his responsibilities regarding the freezing of offshore mining activities in the face of climate change.

The minister’s “respect for the law”

“I know many of you would like to see me do more. I wish I had the power you think I have,” said Creecy.

He explained that ministers must “‘abide by the law” and work within the country’s regulatory framework.

The environment minister cannot outlaw something that is allowed in the country’s regulatory framework, he added.

The Department of Mineral Resources and Energy ensures that mining companies develop an Environmental Impact Assessment (EIA). The question is whether EIA measures are adequate to prevent environmental damage and whether these measures are respected by companies, Creecy explained.

The role of your department is to act as a “complainant authority” which ensures that the EIA procedures have been properly followed.

One such example where the Department of Forests, Fisheries and the Environment exercises its role as a complaints authority is when it does has not approved the environmental permit for the Karpowership SA floating gas power plant, after considering the company’s EIA process.

Creecy also addressed questions about the role of carbon taxes in reducing emissions. Creecy believes that the carbon tax essentially provides the “teeth” for companies to decarbonise their manufacturing processes.

The carbon bill provides for carbon budgets – which sets out how many emissions are eligible from different sectors of the economy. The carbon tax guarantees that these budgets are respected, Creecy deducted.

Creecy noted that an alcohol tax may not stop people from drinking, but the view is not the same for carbon taxes as regards their effectiveness.

South Africa implemented a carbon tax of R120 per tonne in June 2019. The National Treasury has gradually increased the rate.