Red Bull’s Max Verstappen can take another big bite out of Ferrari rival Charles Leclerc’s 27-point lead in Miami this weekend as Formula One gets ready to rock around its newest venue.

The pair have won twice each this season and the fifth round on the fast track laid out around the Hard Rock Stadium, home of the Miami Dolphins NFL team, could see another big battle between the 24-year-old front-runners.

“I think this weekend is going to be pretty crazy,” said Verstappen, the reigning world champion who won last year’s U.S. Grand Prix in Austin, Texas.

“I love racing in Austin so it’s fun that we get to go to another state and race this year.”

Verstappen was dominant at Imola in Italy two weeks ago when he won a Saturday sprint from pole and led from start to finish on Sunday while also taking a bonus point for the fastest lap.

That slashed Leclerc’s lead from a previous 34 points and the Ferrari driver will be keen to hit back strongly after the team failed to live up to expectations in front of their home crowd. 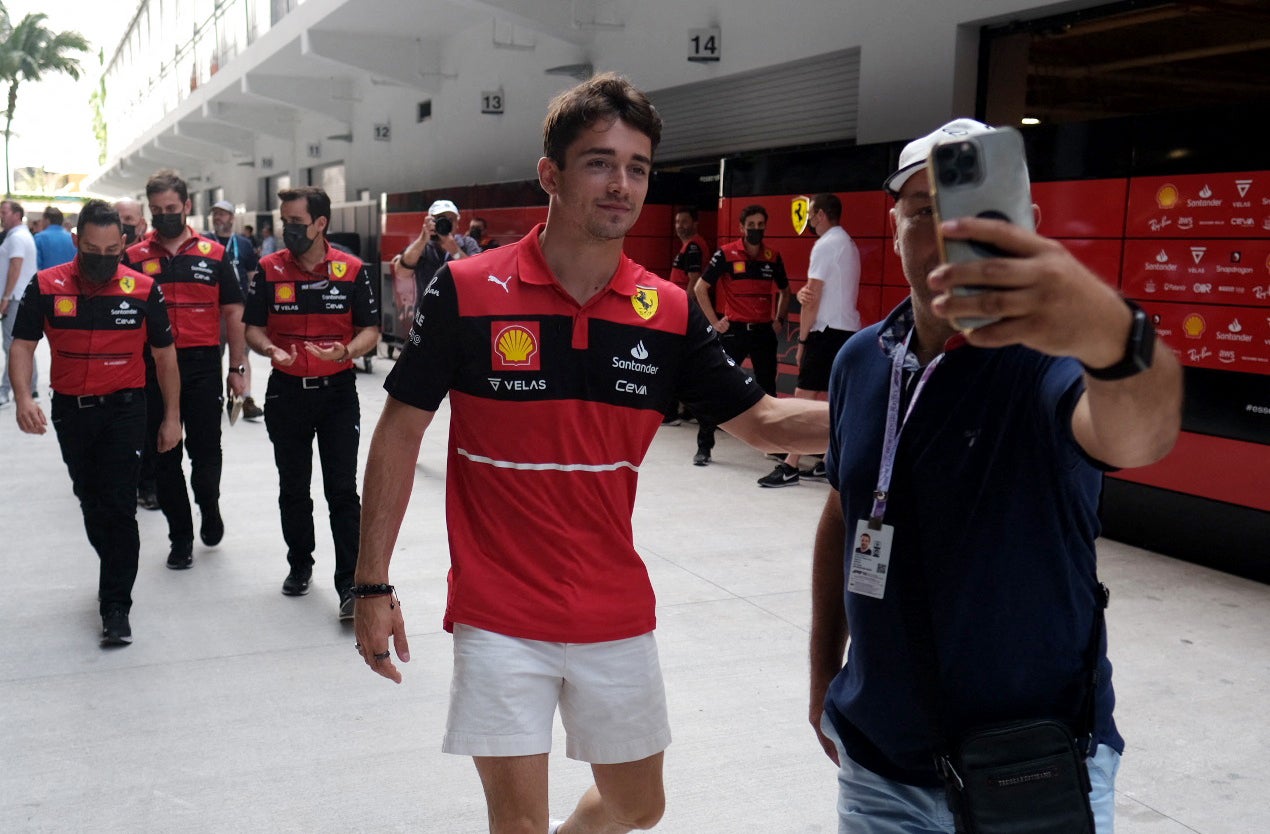 Struggling Mercedes, the team of seven-times world champion Lewis Hamilton who finished a lowly 13th at Imola, will be similarly fired up even if they still have somewhat lower expectations.

Hamilton has a great record in America and Mercedes are hoping for clear signs of progress in taming their bouncing car so it can go faster and finally start to reveal its hidden potential.

“Since we returned from Italy, we’ve learned as much from the weekend as we can and, in parallel, our learning has continued in the wind tunnel and simulations,” said team boss Toto Wolff.

“We have found several directions for improving the car, and we will be conducting experiments in Miami to correlate those simulations, and hopefully confirm the development path for the coming races.”

McLaren, with Briton Lando Norris on the podium at Imola, and Australian Daniel Ricciardo will also fancy their chances of strong points.

The race is a sellout, with 240,000 expected over the three days and a capacity 82,500 on Sunday with the sport promising a cast of celebrity guests and a Super Bowl-style atmosphere.

In an attempt to capture the Miami vibe, organizers have created a simulated marina with dry-docked yacht and a boarded surface creating the impression of water for the television cameras.

“Miami is going to be an experience for all of us, for the racing community, for the fans out there watching,” said Hamilton.