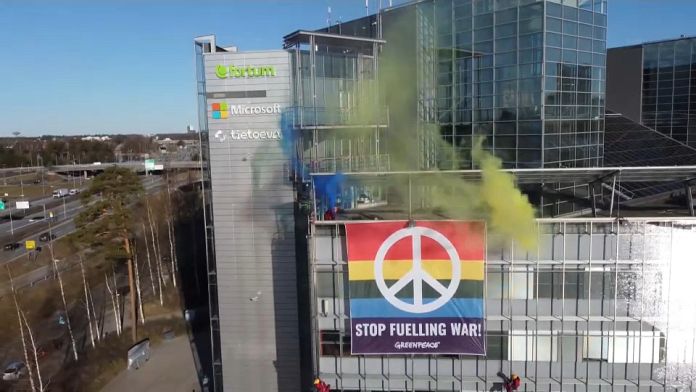 Greenpeace activists climbed the headquarters of Fortum energy company in Espoo, Finland on Wednesday to hang a banner urging the state-owned company to end trade ties with Russia.

The company’s subsidiary, Uniper, based in Germany, is one of the largest importers of Russian gas in Europe.

Fortum, which is almost 51% owned by the Finnish state, is by far the largest energy company in the country. He raised his eyebrows last week by announcing that Uniper was preparing to use a new Kremlin-requested fossil gas purchase deal through a Russian bank, which has been criticized for circumventing EU sanctions.

Eight activists hung up the colorful banner with the peace symbol, the Greenpeace logo and the phrase: “Stop fueling the war!”