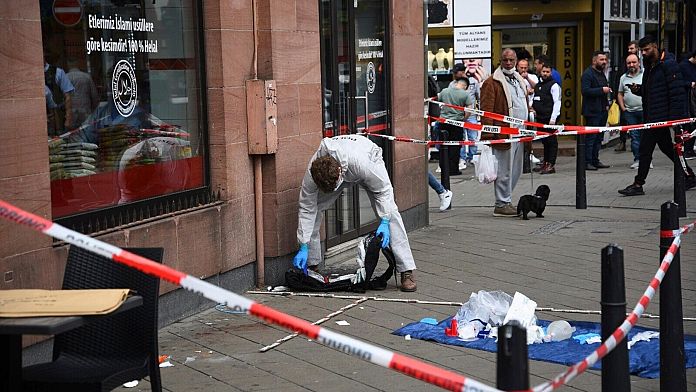 German authorities are investigating the death of a man who passed out on Monday during a police check in the city of Mannheim.

The case sparked allegations of violence from police after a video surfaced showing the man being beaten by officers as he lay on the ground.

Gokay AkbulutA federal lawmaker representing Mannheim called Tuesday for a thorough investigation into the case, saying it demonstrated the need for an independent complaints procedure.

“I receive many cases of police use of force that are not properly investigated. This happens especially often when there are no witnesses and no video recordings exist,” Akbulut wrote in a statement about the incident.

“Structural deficits in the police need to be brought to light. It is important to maintain the pressure with further protest events so that there is a full clarification,” he added.

Police in the southwestern state of Baden-Wuerttemberg said officers were alerted by a doctor in Mannheim. Central Institute of Mental Health that a patient needed help.

The 47-year-old man resisted the officers, prompting them to “exert immediate force,” after which he collapsed and had to be resuscitated, state police said. The man later died in hospital.

A short video posted on social media shows a police officer hitting the head of a man lying on the ground.

Lawmaker Akbulut called said it was important that the police be properly trained on how to deal with people with mental health problems.