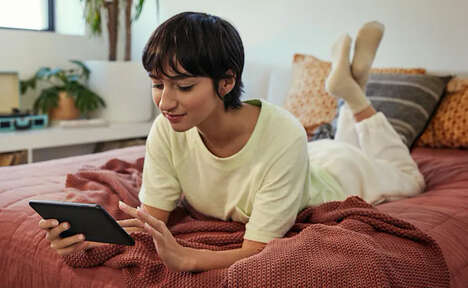 Amazon has launched pre-orders for its latest collection of Fire 7 tablets with improved performance and interface features. The new Fire 7 tablets boast extended battery life of up to 10 hours on a single charge, compared to the seven hours of their predecessors. Additionally, the all-new Fire 7 tablets include a quad-core processor and 2GB of RAM, which means they run much faster than their dual-core predecessors, 1GB of RAM.

One of the most notable changes to the new Fire 7 tablet line is the interface option. These tablets include USB-C connectivity, a measurable upgrade over the micro-USB interface of previous models. The Fire 7 tablet series is available for both adults and children. The child-focused version is more robust and contains a number of parental control features that allow parents to restrict their child’s access to content.

The Fire 7 Tablet is available for pre-order priced at $ 60 USD, while the Fire 7 Kids Tablet retails for $ 89 USD.