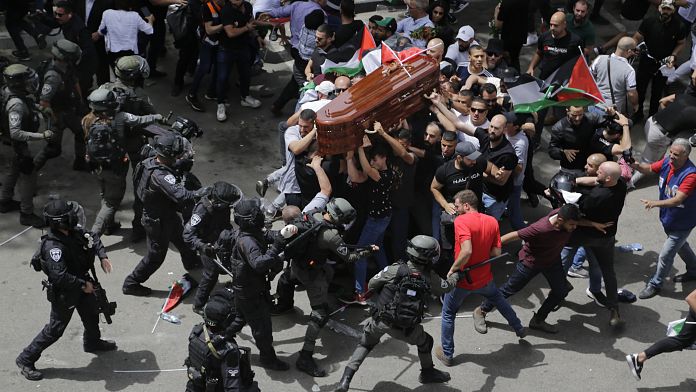 Thousands of people flocked to the tense Old City of Jerusalem on Friday for the burial of veteran Al Jazeera journalist Shireen Abu Akleh, after Israeli police stormed the start of the funeral procession.

Israel and the Palestinians exchanged the blame for the fatal killing of the Palestinian-American journalist on Wednesday during an Israeli raid in the occupied West Bank.

The interim results of an Israeli military investigation could not determine who fired the bullet that killed Abu Akleh, the military said.

But an army statement found that a soldier may have fired the bullet that killed the 51-year-old reporter in what Al Jazeera called a deliberate “cold-blooded murder.”