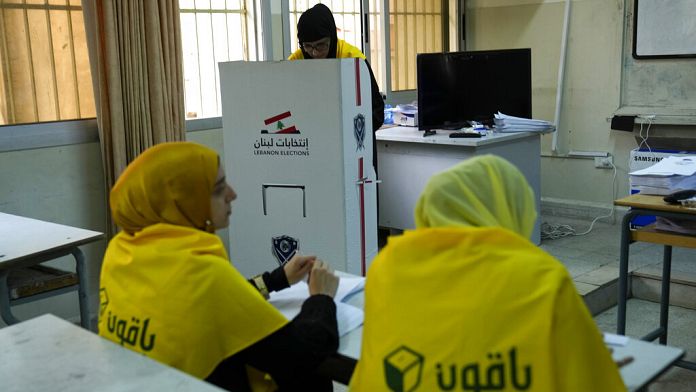 Lebanon goes to the polls today amid the worst financial collapse of recent decades and the profound economic and political instability caused by the skyrocketing cost of living and political stalemate.

Continuing power outages and hyperinflation with the Lebanese currency losing 90% of its value are all on the minds of voters as they go to the polls.

Taha Maassarani took over the family electrical goods store in Tripoli, northern Lebanon. While his business is fine, he says the government isn’t doing anything for the people.

“The government, pure government, nothing to blame but the government, and most of the people, because we let ourselves be ruled for a long time. We didn’t see anything positive from them. Nothing. No evolution, no education, no child support. Nothing.”

As Shona Murray points out,

“It is also the first time the Lebanese have voted since the devastating explosion two years ago in the port of Beirut here behind me. Over 20 people were killed, thousands were injured and thousands more were displaced or lost their livelihoods. The people I spoke to say that the lack of full and adequate investigation is typical of the inertia of the political system. “

“We’ve lost hope, we’ve had some kind of hope, it’s been two years and we still don’t have the answers and we’ve had more explosions in 2005 and others”says Mark Aref, owner of the Alo bebe shop in Tripoli.

The Lebanese political system is complex and based on the division of religions. A voter’s choice of candidate is predetermined based on their religion and there is little motivation for the parties to work together. “

Mark Aref: “The one I want to vote for I can’t vote because of my religion because it doesn’t have the same religion as me.”

Meanwhile, an EU election observation mission has been underway since March to assess the validity of the vote.