From business breakfasts with their steaming bain maries to climate change forums in drafty church halls, something is happening in this country.

It happened from the start, with the campaign coverage being underpowered and then outright farcical, with its stumbling blocks turned into gaffes, and Morrison’s insane bullying – “It’s not about politics,” interest rates, Jesus – and now it’s coming to the fore.

It’s a wave of determination that the election is about something real. These are three key issues and a new multi-group alliance driving them. It is happening everywhere and could wipe out the Morrison government entirely, or be the means by which the Coalition somehow clings to power.

The three issues that are driving this expansion campaign are climate change, integrity and corruption and inequality expressed in the cost of living and in the accessibility and availability of housing.

These three issues dominate almost exclusively, intertwining and reinforcing each other. Other issues – China, the Pacific, refugees, even NDIS – can barely get a glimpse. At least in these forums. That is to say, the forums with a left-right band, not the political spittoon where the insane right dwell and propagate. 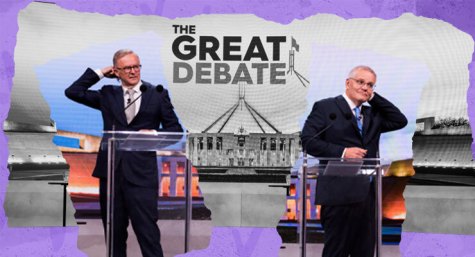 For the first time I have seen, there is really no difference in what one is talking about, the questions coming up, the sources of anger and insistence, the chamber of commerce meetings and the touchy and touchy Union Forums of the Church .

Any coalition MP foolish enough to stand up and take a position of climate denial in these places would be torn apart. Ditto with corruption and integrity: Morrison’s absurd arabesques about refusing to propose a bona fide federal ICAC simply won’t fly.

That’s why last week, Wednesday evening, more than 30 coalition candidates withdrew from the candidate forums that would be held the following week, en masse and within a two-hour window (according to a forum organizer, who compared the notes with others).

These were the forums that the coalition candidates had already agreed to attend and from which they had now withdrawn, citing false double bookings. The reason? Not that they were facing opposition and ridicule about their absurd positions, but that they were not receiving any support. They didn’t have any parties in the room, other than any T-shirt and T-shirts they could take with them.

Worse still, the questions came in the form of requests for commitments: vote for an ICAC, vote on climate. Eventually, large groups of people were connecting everything together.

They see the casual political corruption, pork and waste of this government as the expression of a mob that has lost the will to rule, or any sense of responsibility that comes with it.

Thus, they see its complementary expression in the net farce of zero, the response to fires, the response to floods, and this in turn is reflected in the cold indifference to the growing and searing effect of the nation splitting in two on the most basic possibilities. of life and opportunity.

It looks like everything is on fire, and the guy who might try to fix it isn’t holding a pipe. What happened?

The simple picture is that the unity of the bourgeois class has collapsed. Part of it – tied to old money, industries and rural communities (or part of them) – is holding on, while a progressive group, aligned with the newer sectors, has definitely gone wild.

They joined the hardcore section of the knowledge class, and the separate organization of the green and teal movements allowed for a unity of fundamental purposes. Sectors of rural communities that have felt stunned for decades – women, health-affected people, etc. – joined them, along with a separate group of “rust” independents with somewhat different social and political approaches but the same core commitments.

When this is combined with the central Labor vote, this new social recombination – which has only decisively happened in this campaign, catalyzed by Team Morrison’s inability to perceive it – then the numbers we are starting to see (54, 55, now 56 bipartite preferred for work) will give the majority they seek (which, paradoxically, is not what the “average” sector wants).

But this is only if there is no clearing power. This is a big if, because one of the characteristics of the new social divide is that it separates not primarily on different content values ​​- although there are – but on the very act of participation itself.

This new supergroup are the ones who talk, they have access to the means to talk, they see themselves involved. The others? Those who are not attracted to the crazy fringe One Nation, United Australia Party, etc. by Pauline Hanson (about 10%) feel that no one represents them, and they haven’t done so for decades.

They withdrew into silence, as an act not of surrender but of resistance. They resist the debate, they resist the polls, they resist the speeches. But overwhelmingly they will go to the booth and vote for Scott Morrison, who comes closest to their resentment of being subordinate to those who attend and can participate.

If this turns out to be a silent and emerging counter-power, then they may be able to fight the progressive supergroup to a bad tie and allow for the possibility of a coalition, giving them the first nod to form government. I hope not.

I hope and believe that what I see and hear in the streets and corridors of the country is a determination to let the future begin right now and build it. But don’t be surprised if the mute speech of May 21, with the only weapon they feel they have – a denial of consent to someone else’s vision – and we end up changing everything but our government.