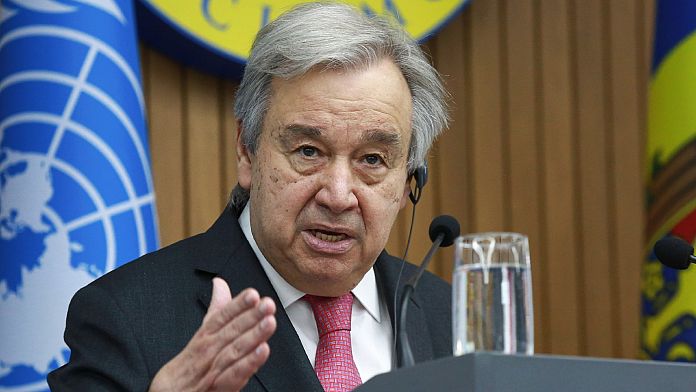 Moldova is Ukraine’s “most fragile neighbor” and the consequences of Russia’s next war are “too frightening to contemplate”.

These were the words of the UN secretary general Antonio Guterres during a visit to Chisinau on Monday.

The UN chief’s visit to Moldova – non-NATO member and one of Europe’s poorest countries – follows a series of disturbing incidents that have rocked the pro-Russian separatist region of Moldova of Transnistria.

Transnistria, a small strip of land with a population of about 470,000 inhabitantshas been under the control of the separatist authorities since the 1992 war with Moldova.

Russia bases around 1,500 troops in the breakaway region, ostensibly as peacekeepers.

In late April, three men threw grenades at the region’s state security bureau and two large broadcast antennas were shot down the next day.

On Friday, police in Transnistria said explosive devices were dropped from a drone leaving 1-meter-deep craters near a village.

“I am deeply concerned about the continuation and possible spread of the war that Russia is waging in Ukraine,” said Guterres, adding that Moldova’s sovereignty and territorial integrity “must not be threatened or undermined”.

“Moldova is at the forefront of conservation, peace and stability in the world. With war so close and with the divisions that exist now. My hope is that there is a clear sense of responsibility from all actors.” .