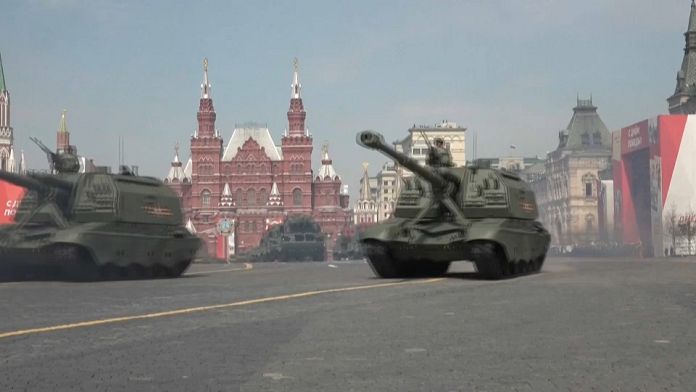 In the midst of its invasion of Ukraine, Russia put the finishing touches to rehearsals for its Victory Day parade in Moscow.

The annual show of force marks the Soviet defeat of the Nazis in World War II, called Russia the Great Patriotic War.

Despite predictions of a quick victory, Monday’s parade will take place during the third month of what the Kremlin calls Russia’s “special military operation” in Ukraine.

Observers were surprised and impressed by the level of resistance of the Ukrainian forces, and some experts say that Russia suffered heavy losses as the war dragged on.

Vladimir Putin is expected to deliver a speech at Monday’s event.

Some Western officials say it could declare all-out war on Ukraine or announce mobilization across the country.

The Kremlin dismissed it as “nonsense”.