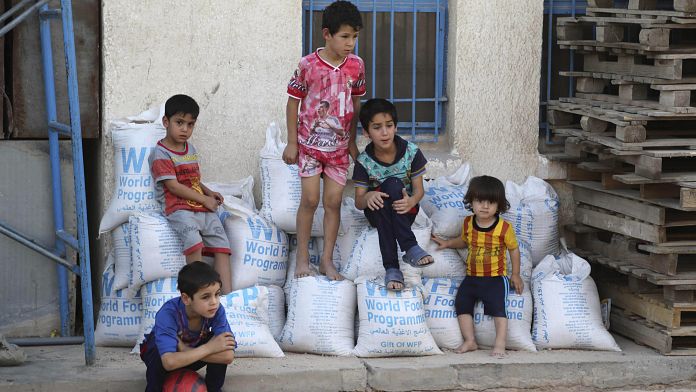 About 193 million people suffered from severe food insecurity in 2021, the United Nations said in a new report, a number that is growing at an “alarming rate”.

The figure in 2021 marked an increase of 40 million people over the previous year with the situation only expected to worsen as the war in Ukraine continues, according to the Global Report on Food Crisis.

The cause of this “frightening” increase was a “triple toxic combination” of conflict, the economic effects of COVID-19 and extreme weather conditions, says the report, which was jointly produced by the United Nations Food Organization. and agriculture, the European Union and the World Food Program.

However, the conflict had the greatest impact, causing food insecurity for 139 million people in 24 countries.

“Today, if more is not done to support rural communities, the magnitude of the devastation in terms of hunger and loss of livelihoods will be appalling,” the report said.

“We need urgent large-scale humanitarian action to prevent this from happening.”

Afghanistan, Ethiopia, Nigeria, South Sudan, Yemen, Syria and the Republic of the Congo were some of the hardest hit countries, the report added.

And drought, conflict and rising food costs could lead Somalia to experience the world’s worst food crisis this year.

The Global Report on Food Crisis warned that the situation in Somalia and other African countries could worsen due to the war in Ukraine, as many in the region rely on wheat and fertilizers from Russia and Ukraine.

“When we look at the consequences of what is happening following the war in Ukraine, there is a real cause for concern as to how this will amplify the acute food needs that exist in these countries in food crisis,” said Rein Paulsen, director of the Emergency and Resilience Office of the Food and Agriculture Organization.

The report called for aid of $ 1.4 billion to help farmers in at-risk regions.