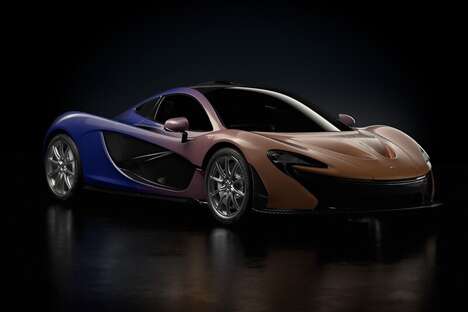 McLaren has announced the “MSO LAB” project, which debuts with the “Genesis Collection” of 2012 NFT. These NFTs will feature McLaren P1 and McLaren P1 GTR vehicles with different paint jobs, accessories, license plates and features. When customers purchase one of the NFTs, the actual serial number and details of the NFT will be unknown to them until they receive the token itself.

Among the 2012 NFTs, there will be five separate levels of value. There will be 1,000 in the lowest level, 893 in the fourth level, 100 in the third level, 14 in the second level and only five NFTs in the first rarer level. Each of the five tier one NFTs features iconic McClaren brand-specific stylizations, such as a two-tone Papaya paint job or an all-black carbon fiber racing frame.