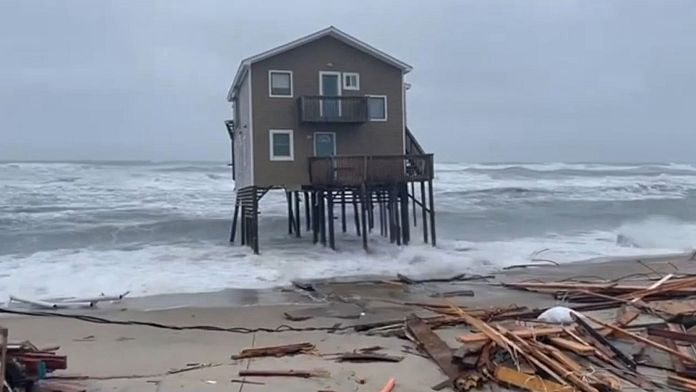 On Tuesday, May 10, an unoccupied beach house on North Carolina’s Outer Banks was filmed collapsing into the ocean amid severe coastal flooding.

Cape Hatteras National Seashore National Park said the collapse occurred on Ocean Drive in Rodanthe and advised visitors to avoid the beach. A second house also collapsed, but the scene was not captured by the cameras.

The National Weather Service issued a coastal flood warning and a high surf warning for the area until Thursday morning and said two to four-foot flooding could be possible for properties and roads adjacent to the beach.

The flood could significantly threaten life and property, the NWS said.