A mysterious technology firm that calls itself ‘Nothing’ could unveil the first British smartphone for more than five years on Wednesday.

London-based Nothing has been tweeting cryptic teasers for the upcoming device, called ‘phone (1)’, for months.

The smartphone will have a ‘minimalist design’, a frame made from recycled aluminium and transparent glass on the back, the company has already confirmed.

Price, release date, photos and further details about phone (1) are set to be revealed on Wednesday, although there are some artistic renders of what it could look like.

Nothing will be hoping its device fares better than the last British smartphone, which was made by another London-based firm, called Wileyfox.

Wileyfox released three generations of phones between 2015 and 2016, but the company never turned a profit and went into administration in 2018.

A mysterious technology firm that calls itself ‘Nothing’ is teasing the first British smartphone for more than half a decade. Rather than Android, the device will run on a new in-house operating system called ‘Nothing OS’. Pictured are fan photos of what the phone may look like 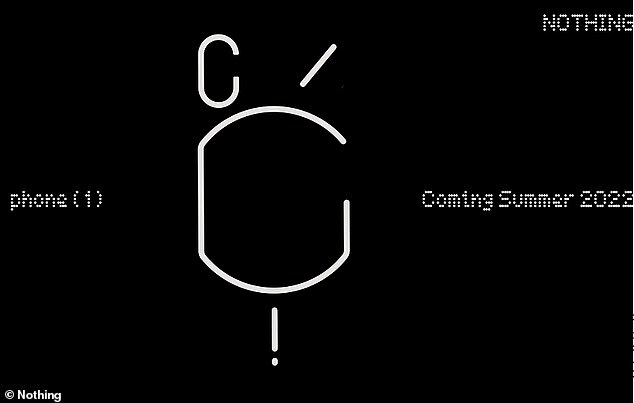 The Nothing phone is set to be officially revealed this week and is ‘coming Summer 2022’, the firm says on its website

Nothing said the phone will be ‘defined by iconic design’ with an operating system that will ‘deliver a fast, smooth and personal experience’.

Last year, Nothing released a pair of wireless headphones, called ‘ear (1)’, but phone (1), as the name suggests, will be its first smartphone.

‘A coherent interface, the hardware seamlessly integrates with software through bespoke fonts, colours, graphical elements and sounds,’ Nothing says on its website.

Phone (1) will also have no ‘chin’ – the little strip of black at the bottom of a phone’s display that can infuriate some users.

Chins can be considered a nuisance because they take up space that could otherwise be part of the screen’s display.

Rather than Android, the device will run on a new in-house operating system called ‘Nothing OS’, powered by a Qualcomm Snapdragon processor.

Nothing OS will not force customers to have several preloaded apps on the devices, unlike rivals such as Android and Apple’s iOS.

Phone (1) is technically only British in design; it will be made and assembled in China, just like its rivals. 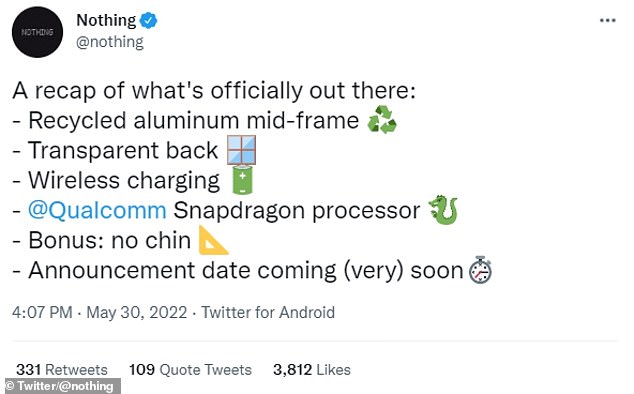 The smartphone will have a ‘minimalist design’, a frame made from recycled aluminium and transparent glass on the back, the company has already confirmed 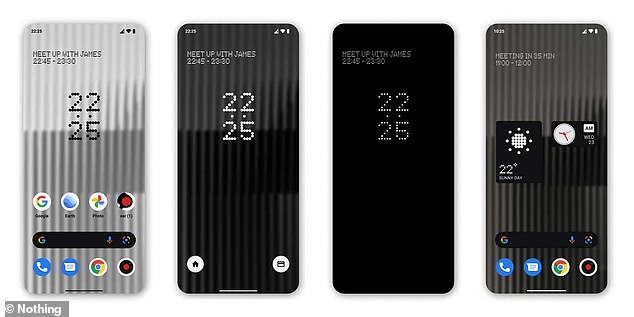 Phone (1) will also not force customers to have several preloaded apps on the devices, unlike rivals such as Apple and Samsung. Pictured are images of the Beta software 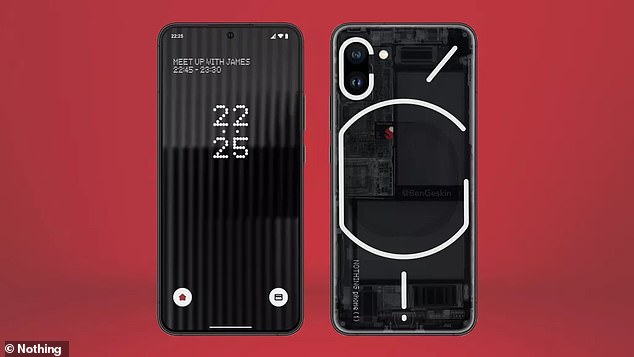 Nothing said the phone will be ‘defined by iconic design’ with an operating system that will ‘deliver a fast, smooth and personal experience’. Pictured are more fan-made renders

O2 will be the network partner for phone (1) in the UK. Nothing has also signed with Germany’s Deutsche Telekom and Indian online retailer Flipkart to market the phone.

The price of phone (1) is still under wraps but Carl Pei, the firm’s co-founder and chief executive, has said it will be ‘competitive’.

Pei is a Beijing-born Swedish entrepreneur who co-founded Chinese consumer electronics firm OnePlus back in 2013.

He claims the Nothing phone will be ‘the most compelling alternative to Apple’s ecosystem’.

‘For too long, the smartphone market has been dominated by the same players and that’s led to unimaginative, bland design across the board,’ said Pei. 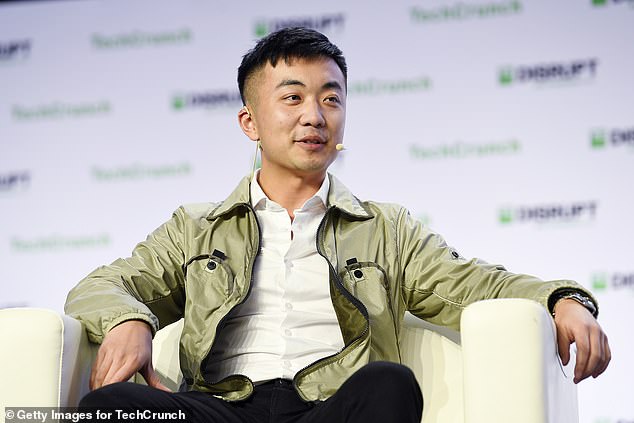 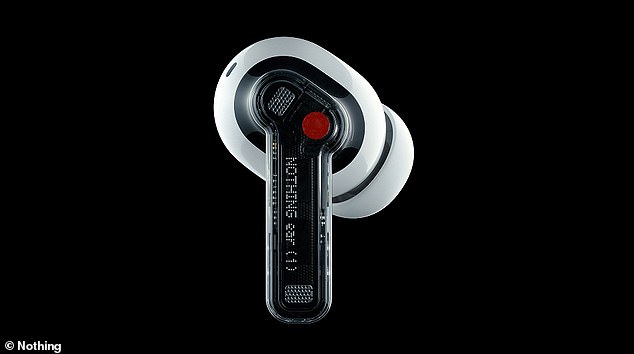 Nothing has already released a pair of wireless headphones (called ‘ear (1)’, pictured), which has transparent parts ‘to highlight and celebrate the craftsmanship underneath’

‘These players have created closed-off ecosystems that lock people in, limiting their choice about the products they can access and use. This is what I want to change with Nothing.’

According to Pei, the UK has a strong track record of creating software companies, but not hardware.

Nothing has a 15-strong team to bring the phone to the market, although it’s expecting to have 35 employees by the end of the year.

Among them is Adam Bates, formerly head of design and product experience at Dyson, the vacuum business best known for its sleek designs.

Nothing recently announced it raised $70 million (£53 million) in a fundraising round, bringing total investments to $144 million (£109 million).

Nothing is privately owned and has backing from investors including GV (formerly Google Ventures), Kevin Lin (co-founder of live streaming service Twitch) and Steve Huffman (co-founder and CEO of Reddit).

SAMSUNG’S NEXT SMARTPHONE COULD FEATURE A TRANSPARENT ROLLABLE SCREEN

Since the launch of the Galaxy Fold back in 2019, Samsung has become one of the leading tech firms when it comes to foldable smartphones.

Now, a new patent suggests that Samsung is looking beyond foldables and could soon launch a smartphone with a transparent, rollable screen.

The patent describes two different designs which both feature a section of the phone screen that extends from the main display and is see-through.

In the first design, the screen rolls out from the side of the device, while in the second design, it rolls out vertically.

Samsung suggests that the design could prove useful for augmented reality applications.

Samsung is expected to announce its next foldable smartphone, the Galaxy Z Fold 4, in summer 2022.