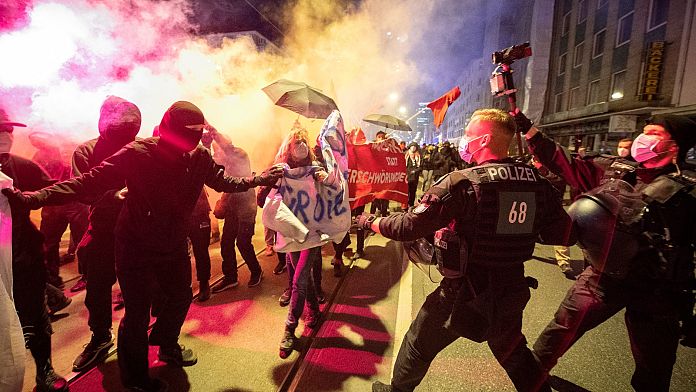 Politically motivated crimes in Germany rose to a new high of more than 55,000 crimes in 2021, the country’s interior ministry announced Tuesday.

It means that politically motivated crime is at its highest level since statistics started reporting in 2001, they added.

The 23% increase in 2021 over the previous year was largely due to offenses not in the “classic areas” of politically right or left-wing crime, the ministry said, which accounted for about 40% of total crime.

A significant number of these crimes were linked to the COVID pandemic and the 2021 Bundestag elections.

For example, a gas station worker was murdered for asking a customer to wear a mask in September

Faeser added that it was “the massive increase in the number of anti-Semitic crimes by another 29% (which) worries me the most.” 3,027 crimes were reported in 2021, many of them committed by right-wing extremists.

“It is a shame for our country how much anti-Semitic agitation and contempt for humanity still goes on today,” said Faeser.

He said there is also an “increasingly visible Islamist-influenced anti-Semitism that openly propagates hatred of Jews and the state of Israel.”

The number of politically motivated violent crimes also increased by 16% in 2021, the ministry said.

Faeser added that “they must continue to take very consistent action against the violence of left-wing extremism” and that they were particularly alert at the G7 summit in June.

There have also been increases in homophobic or gender-based crimes, the ministry said.

Holger Münch, the president of the Federal Criminal Police, said the number of politically motivated crime cases has doubled over the past decade.

He said it reflects growing social tensions, as well as the resulting polarization and radicalization of parts of the population.