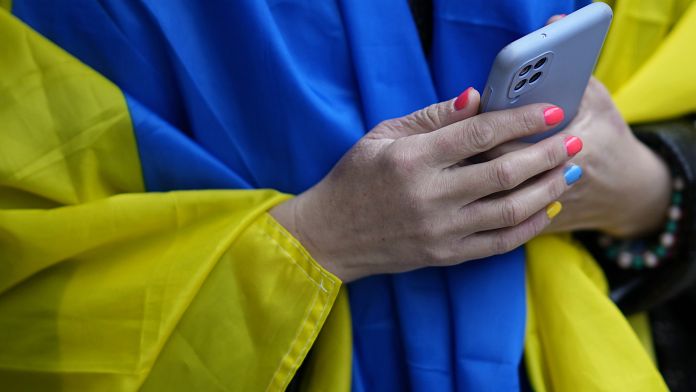 Police in Portugal carried out raids as part of an investigation into alleged misuse of Ukrainian refugee data.

Officers ransacked a refugee support center near Lisbon on Tuesday that was used to welcome citizens fleeing the war in Ukraine.

Two pro-Russian assistants from the center are accused of illegally collecting and sharing the personal data of dozens of refugees. Ukrainian ambassador to Portugal, Inna Ohnivets, said the personal information recorded would be “of interest to Russian intelligence”.

Police said they broke into the buildings in Setúbal connected to the Edinstvo – an association for Eastern European migrants – and confiscated a number of documents.

According to Portuguese mediathe two pro-Russian citizens had photocopied the refugees’ personal documents and questioned them about the whereabouts of family members still in Ukraine.

The alleged ties between the two suspects and Moscow led to a demand for the resignation of the mayor of Setúbal, André Martins. The city council denied being aware of “suspicious acts or behaviors” linked to the refugee association.

Portuguese President Marcelo Rebelo de Sousa has called for an investigation into the refugee reception process by the municipality.

Prime Minister António Costa had previously expressed his support for an investigation into the alleged misuse of data and said that “any violation of fundamental rights is of the utmost gravity”.

“If there is illegal behavior, the institutions will act,” he added.

Parliamentary Affairs Minister Ana Catarina Mendes also said that the case “should be investigated to the end”.

“This government will not allow the law to be violated and – much less – that those who arrive here are not treated with dignity and respect,” he told Parliament.

So far Portugal has welcomed nearly 36,000 Ukrainian refugees since the start of the war on 24 February.

Previously, authorities were found in Lisbon share data of Russian anti-government protesters with the country’s embassy.

There is also a growing backlash against the Portuguese Communist Party (PCP) following the Russian invasion of Ukraine.

PCP lawmakers left the country’s parliament during a speech by Ukrainian President Volodymyr Zelenskyy on April 21 and were strongly condemned by Ukrainian associations.

“We are not entering a witch-hunt climate in Portugal,” Prime Minister Costa said last week.

“We respect the pluralism that results from the free will of Portuguese citizens to choose the parties for which they vote and which have parliamentary representation,” he added.