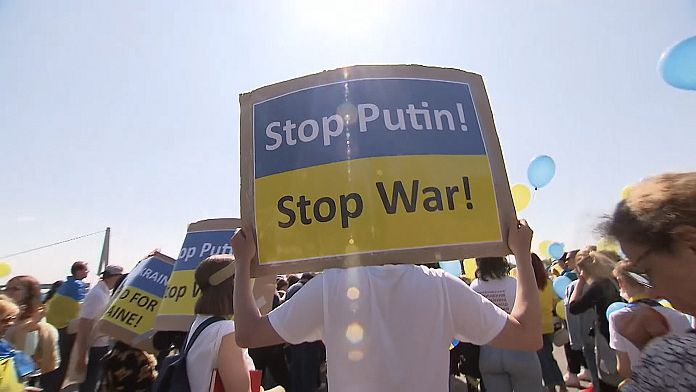 About 1,000 people gathered to demonstrate against arms shipments to Ukraine and in support of Russian President Vladimir Putin.

However, the approximately 10,000 registered protesters were not reached.

A large contingent of police was deployed to avoid clashes between the two groups.

When around 50 pro-Ukrainian protesters positioned themselves near the pro-Russian demonstration, the police shifted their route.