The Roe v. Wade document was released to the public to stir up emotions prior to the midterm elections. An extremist group called “Ruth Sent Us,” named after the late Supreme Court Justice Ruth Bader Ginsburg, deliberately leaked the addresses of six conservative members of the Court. The group has not been condemned, and they are permitted to operate and invoke terror in Biden’s America. “Our 6-3 extremist Supreme Court routinely issues rulings that hurt women, racial minorities, LGBTQ+ and immigrant rights. We must rise up to force accountability using a diversity of tactics,” the group claims on their website. 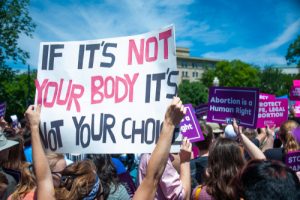 Justices Amy Coney Barrett, John Roberts, Samuel Alito, Brett Kavanaugh, Clarence Thomas, and Neil Gorsuch have been targeted. The situation reached a peak when a man armed with a pistol was arrested near Justice Brett Kavanaugh’s house. He was carrying zip ties, a knife, and extra ammunition for his gun when he arrived at Kavanaugh’s home via taxi before being apprehended.

The House responded by passing a bill to protect the families of Supreme Court justices. However, 27 Democrats voted against the bill. Who leaked the bill? There does not appear to be an active investigation. “Somebody, likely somebody inside the court itself, leaked a confidential brief to the press, to stir up a pressure campaign,” Senate Minority Leader Mitch McConnell warned. “Whoever committed this lawless act knew exactly what it could bring about.” McConnell further warned that the leak is a threat to the trust that justices share with colleagues. 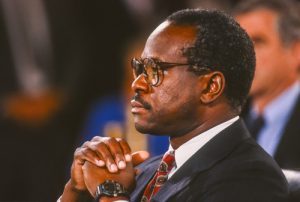 Justice Thomas is wary of Justice Roberts and stated that prior to 2005: “We actually trusted each other. We may have been a dysfunctional family, but we were a family, and we loved it.”

This is a direct threat to American democracy as the highest court is being threatened and top politicians are instigating violence. Kamala Harris claimed the Supreme Court is waging a war against women, Mayor Lori Lightfoot said the ruling is a “call to arms,” and the president has not condemned the group. So the question remains: who leaked the Roe v. Wade document?

« Democrats May Not Endorse Biden in 2024