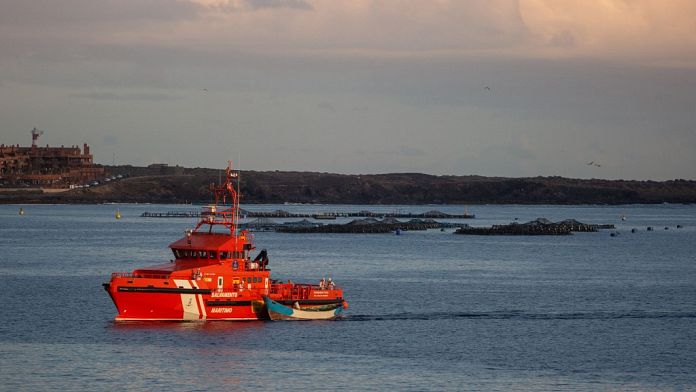 Several migrants are missing and are feared to have died after a rubber boat was discovered in the Atlantic Ocean by Spanish authorities.

The Spanish coast guard said on Monday they rescued 13 people who were found aboard the stricken ship near the Canary Islands.

But according to humanitarian groups, witnesses say that more than 40 people have been transported by the boat and many are missing.

In a separate incident, at least 44 migrants are believed to have drowned off the coast of Western Sahara on Sunday as they attempted to reach Europe.

A spokesperson for the NGO Caminando Fronteras said the bodies of 16 migrants were recovered, while 12 survivors of the shipwreck were arrested.

Last year, 3,077 migrants died or went missing while trying to reach Europe by sea, according to the UN refugee agency. This includes 1,153 people who died on the sea route from North West Africa to the Canary Islands.

Meanwhile, officials warn that at least 478 people have already died or gone missing as they tried to reach Europe in 2022.

The UN has called on governments to develop “alternatives” to the dangerous sea routes that asylum seekers desperately use to reach European land.