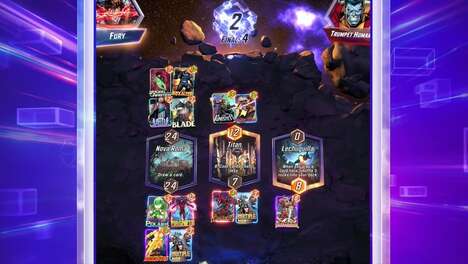 Marvel Snap is all about fast and snappy gameplay that requires constant and quick thinking. In this CCG, both players take their turns at the same time. This means there are no waiting phases and no downtime for the players involved. This allowed Second Dinner to create a game where each round lasts about three minutes.

A big deterrent for CCG players is waiting times. Traditional card games like ‘Yu-Gi-Oh! Master Duel ‘and Magic: The Gathering: Arena’ are turn-based and can take up to fifteen minutes to complete a match. With Marvel Snap, Second Dinner wanted to create a fast and digestible experience for all fans.