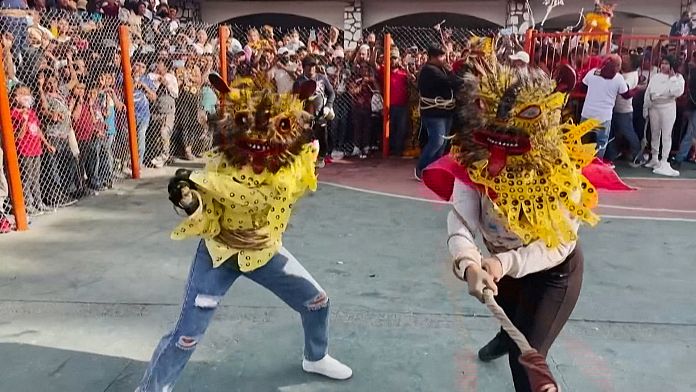 To appear the god of the storm and end a drought, men and women dressed as tigers mercilessly submit to each other in an ancient ritual in southern Mexico.

In the past, this 300-year-old indigenous ceremony, meant to bring rain and bountiful harvests, was reserved for men.

But today women also want to help keep the three-century-old tradition alive, even if whipping hurts.

According to tradition, the blood shed during the May 5th ritual, called Atsatsilistli, is an offering to the rain god Tlaloc.

The sound of each whip represents a thunder, the yellow color of the costumes a drought and the whip a tiger tail.