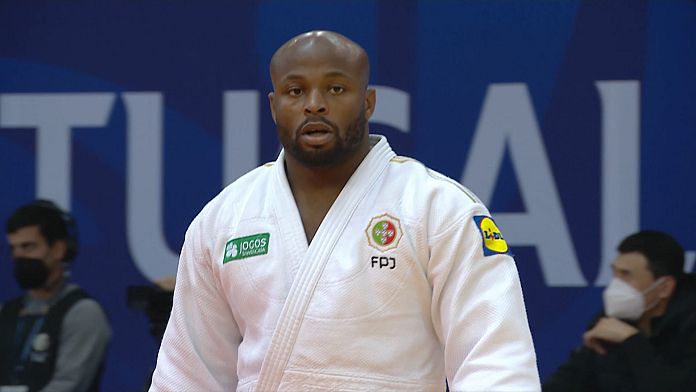 It was the first time Portugal had organized the World Judo Tour, but it ended with a fairytale ending for local hero Jorge Fonseca. Ippon after ippon, the double world champion flew through the heats, clearly hungry to win his first Grand Prix gold in his home country.

In the final he defeated the emerging Swiss judoka, Daniel Eich, with a characteristic moment of brilliance.

The ecstatic Portuguese audience celebrated his victory as Vítor Pataco, president of the Portuguese Institute for Sports and Youth, awarded Fonseca his medal.

Speaking after his triumph, Fonseca said: “It was so important for Portugal to have this competition because it is a competition of the World Judo Tour, of the International Judo Federation, so it is very important not only for the growth of our national athletes to win medals. , but also for major events to be held here. And as for the pressure, no, I didn’t really feel the pressure. I just wanted to have fun and give spectators a show, and we did it together. “

Elsewhere, Korea’s Hyunji Yoon’s victory set the stage for an incredible performance by Team Korea. She was awarded gold by Catarina Rodrigues, event director of the Portuguese Judo Federation.

“I have trained a lot to throw with accurate techniques and in specific positions. I also practiced quickly resolving situations without panicking under all circumstances, all while trying to think strategically about various situations, ”Yoon said.

In the -90 kg category, Jesper Smink took home his first gold medal on the World Judo Tour. Some quickness in the finale saw the Dutchman overthrow his Italian opponent Christian Parlati. The Director General of the International Judo Federation, Vlad Marinescu, presented the medals.

It was all smiles for Hayun Kim, who won gold in the +78kg category. IJF Event Director Dr. Lisa Allan awarded the Korean her medal.

Held in front of the passionate Portuguese public in Almada, the three-day tournament was the perfect way to kick off this year’s World Judo Tour.