While many people are natural to flirt, others struggle a lot when it comes to chatting with someone they like.

Now a new study has found that the best tactics differ by gender, with women wanting men to be fun and generous.

On the other hand, according to Norwegian researchers, males prefer the opposite sex to appear sexually available and laugh at their jokes.

“What is most effective depends on your gender and whether the purpose of flirting is a long-term or a short-term relationship,” said Leif Edward Ottesen Kennair, a professor at the Norwegian University of Science and Technology.

It belongs to a research group that includes scientists from Bucknell University in Pennsylvania and the State University of New York at Oswego. 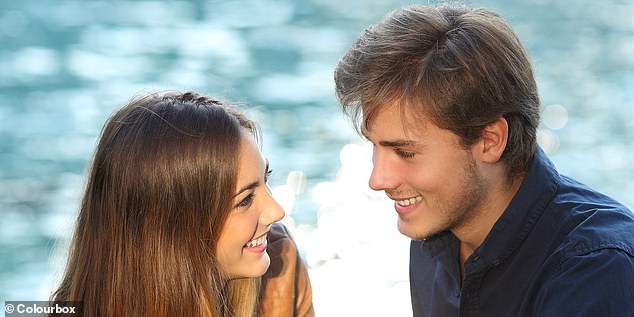 A new study has found that the best flirting tactics vary by gender, with women wanting men to be fun and generous. On the other hand, according to Norwegian researchers, males prefer the opposite sex to appear sexually available and laugh at their jokes.

WHAT ARE THE DOSSI AND NOT TO DO OF FLIRT?

Women want men to be fun and generous when it comes to flirting, according to researchers in Norway.

However, on the other hand, males prefer the opposite sex to appear sexually available and laugh at their jokes.

And which ones aren’t?

Last month, sientists from the University of Nicosia in Cyprus revealed the 11 most discouraging flirting tactics, which are “mouth-watering” for many people.

‘Flirting involves different signals that people exchange. It is done to attract potential partners. Men and women both flirt to get the attention of the desired partner and perhaps to get a sexual or romantic result out of it, ”said Professor Kennair.

He has studied flirting in Norway and the US and what people believe are effective tactics, for whom and in what context.

Women who only want a short-lived fling from flirting need to clearly report this to their potential partner, the researchers said.

However, a completely different tactic works in another mating context.

The study shows that “signs of generosity and a willingness to commit work best for men seeking a long-term relationship,” said co-author Mons Bendixen.

Men who want to keep a partner for a longer period of time, perhaps for life, shouldn’t appear stingy or ungenerous, or like someone who prefers to change partners frequently.

But the most powerful weapon in flirting arsenal is humor, which almost always works to some degree for everyone, the researchers said.

“People think humor, or being able to make another person laugh, is more effective for men looking for a long-term relationship,” Kennair said.

‘It is less effective for women looking for a one night stand. But laughing or giggling at the other person’s jokes is an effective flirting tactic for both genders. ‘

Co-author Rebecca Burch, of the State University of New York at Oswego, said, “Not only is it effective to be funny, but it’s very important for women to show your potential partner that you think it’s fun.”

But although humor is something you should put in your toolbox, researchers said people shouldn’t necessarily start with it. 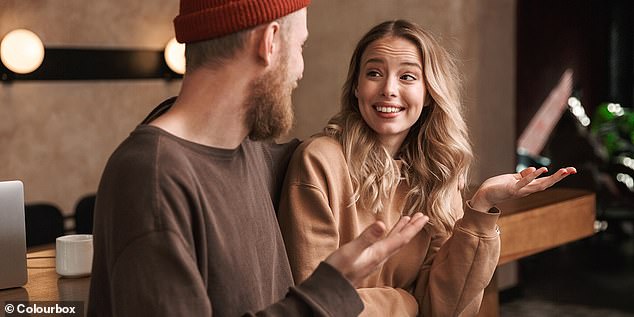 “What is most effective depends on your gender and whether the purpose of flirting is a long or short term relationship,” said Leif Edward Ottesen Kennair, professor at the Norwegian University of Science and Technology.

‘Smile and eye contact are important. So you can develop your flirting skills from that base, using more advanced tactics, ”Kennair said.

The researchers also found that flirting was largely the same in the United States and Norway, suggesting that such techniques are largely universal.

They said it depended culturally only to a lesser extent, such as in people’s body language, initial contact, and degree of generosity.

However, this also shows that people perfect their flirting techniques depending on what is emphasized in their culture, which is a smart and flexible strategy, Burch said.

The researchers interviewed around 1,000 students in Norway and the United States.

Each participant evaluated the effectiveness of 40 different types of flirting for a long- or short-term relationship and whether the flirter was male or female.

Participants were randomly assigned to the four versions of the questionnaire.

The researchers took into consideration participants’ extroversion, age, religiosity, how willing the person was to be in a relationship, and ‘mate value’ – how attractive you are in the dating market.

It suggests that our personalities may be less relevant in how we make judgments about flirting behavior in others.

“However, we believe that personal characteristics influence the type of flirting people engage in,” Bendixen added.

The study was published in the journal Evolutionary Psychology.

WHAT TACTICS DO PEOPLE USE TO STOP Cheating?

Researchers at the University of New Brunswick asked 362 heterosexual adults how they avoided the temptations to cheat while in a relationship.

75% of the survey respondents, aged between 19 and 63, selected “relationship improvement” as their primary tactic.

This ploy included things like taking your partner on a date, making an extra effort with their appearance around them, or having more sex with them.

The second most popular was “proactive avoidance,” which consisted of keeping one’s distance from temptation.

In addition to physically avoiding temptation, people also avoided getting close in conversation with that person.

The third and final tactic used by people was the “waiver of temptation,” which involved feelings of guilt and thinking of the tempting person in a negative light.

But none of the strategies had an effect on the levels of romantic infidelity, sexual infidelity, and whether the relationship survived.

Psychologist Dr Alex Fradera, who was not involved in the research, said the findings show that little can be done once feelings of temptation have set in.