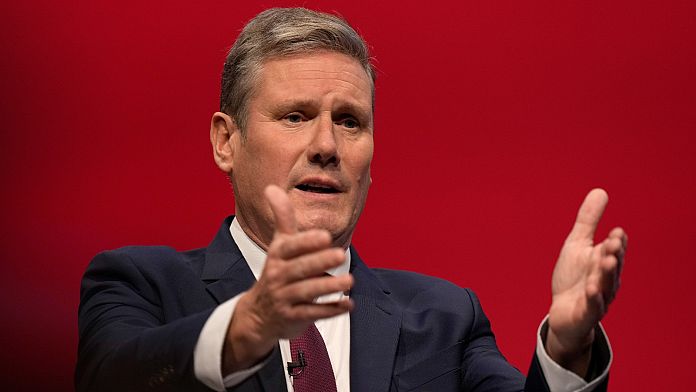 UK Labor leader Keir Starmer has pledged to step down if he is fined for breaking COVID-19 rules on a rally of party officials.

The country’s main opposition leader admitted having a takeaway curry and beer in an MP’s constituency office in north-east England in April 2021, but denies allegations that the lockdown rules have been violated.

“I am absolutely clear that no laws have been violated. They have been followed at all times. I just ate something while I was working late in the evening, like any politician would do days before the election,” Starmer said Monday.

“But if the police decided to give me a fixed penalty, obviously I would do the right thing and I will resign.”

Durham police recently announced that they would investigate the rally despite having made a previous assessment and determined that no offense had been established.

At the time, home mixing was banned indoors in England. Political activists had to prioritize outdoor gatherings.

The guidelines also state that activities in committee rooms “should be functional and not social” before the May 2021 elections.

Starmer said on Monday that he always followed the rules during the COVID-19 pandemic and remained true to his honor and integrity.

The opposition leader said his case was different from that of the prime minister, adding that Boris Johnson had not resigned after being fined for breaking COVID-19 blocking restrictions.

In mid-April, Metropolitan Police issued a fixed penalty notice to Conservative Prime Minister Boris Johnson and others for a violation of the COVID blockade rules on Downing Street in 2020.

Police are still investigating other rallies Johnson and government officials attended that year, and more fines may follow. The restrictions in place in 2020 were stricter than those in effect at the time of last year’s accident involving Starmer.