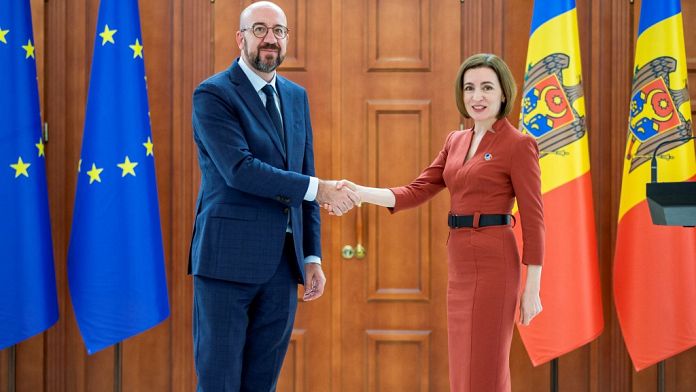 According to the President of the European Council Charles Michel, the European Union “will considerably increase” its military support for Moldova.

The explosions in the pro-Russian separatist region of Transnistria have raised concerns that the war in Ukraine may extend to Moldova.

“We plan this year to significantly increase our support for Moldova by providing additional military equipment to its armed forces,” Michel said at a joint press conference with Moldovan President Maia Sandu during her visit to Chisinau on Wednesday.

“The EU is fully in solidarity with its country, Moldova,” he added.

“It is our European duty to help and support your country and increase our support for your stability, security and territorial integrity. We will continue to deepen our partnership with you to bring your country closer to the EU.”

Moldova has expressed fears that it could be destabilized by the war in neighboring Ukraine.

Russia – which has around 1,500 troops stationed in Transnistria – said it was “alarmed” by “terrorist acts” in the region and was monitoring the situation closely.

Moldova’s president said “pro-war forces” were responsible for the attacks.

“We don’t see any imminent risk … but we have plans to counter those worst-case scenarios,” Sandu added.