Ukraine’s morale is a “huge” boost in the war with Russia, NATO military leaders say

Morale among the soldiers Ukraine takes center stage as the war persists for a third month with NATO military leaders on Thursday saying this factor gives Ukraine an edge Russia is missing.

“There are many lessons to be learned from the war in Ukraine. Above all, it has once again demonstrated the importance of morale, knowing what you are fighting for,” chairman of the NATO Military Committee, Adm. Robert Bauer told reporters. 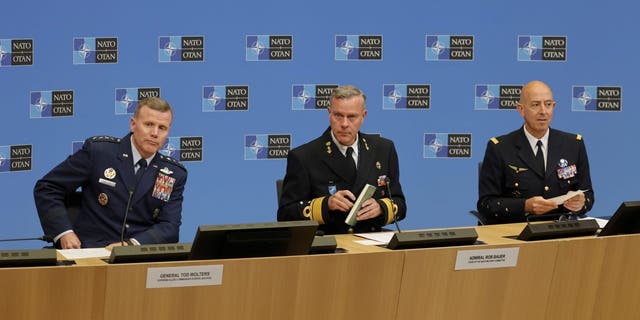 Bauer said NATO’s main concern at the moment is to ensure that Ukraine is able to defend its sovereignty and independence against Russia.

Three months of fighting led to the displacement of nearly 13 million Ukrainians who fled their homes within the war-torn country and into neighboring nations.

Thousands of soldiers and civilians were killed during the Russian invasion and Moscow has pledged not to stop until it gains “full control” over eastern and southern Ukraine, although Ukrainian officials have warned that the Kremlin is likely to make a move. another attempt to take Kiev.

US defense officials reported that although Russia’s progress is slow, it is making “incremental gains” in the eastern Donbas and around the Black Sea.

NATO officials said Ukrainians “will never accept Russian occupation” and promised to continue supporting Kiev “for as long as necessary”.

But despite Russia’s continued aggression and related gains, NATO military leaders said Ukrainian morale was a “huge” boost to its war effort.

“It’s not just about skills, technology, weapons, it’s about people’s willingness to fight for their nation,” Bauer said, noting that Ukrainians of all ages have taken up arms against the invasion of Russian forces. 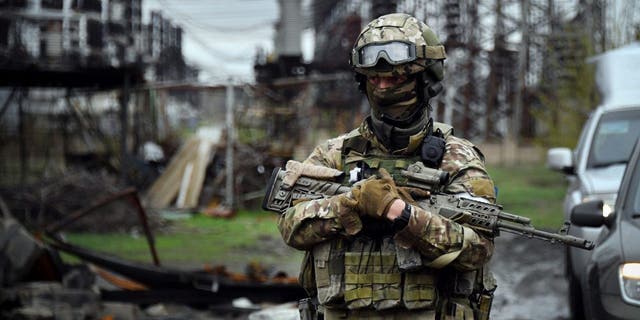 In this photo taken on April 13, 2022, a Russian soldier stands guard at the Luhansk power plant in the city of Shchastya.
(ALEXANDER NEMENOV / AFP via Getty Images)

“What it also shows is the enormous morale that Ukrainian forces have and the importance of morale,” he continued. “Russian soldiers, a lot of them probably don’t even understand why they’re there. And that’s a huge difference when it comes to the success of the army.”

The leaders of the NATO Military Committee not only renewed their support for Ukraine, but also announced a new military strategy for the alliance.

Military officials were clear on the details, but said the new strategy would be all-encompassing in every operational sphere, including land, sea, air, space and cyber.

The heads of the military committee supported the prospect of adding Finland and Sweden to the alliance and said the move would help NATO strengthen its defenses by identifying additional “seams” and “vulnerabilities” that Russia could target. 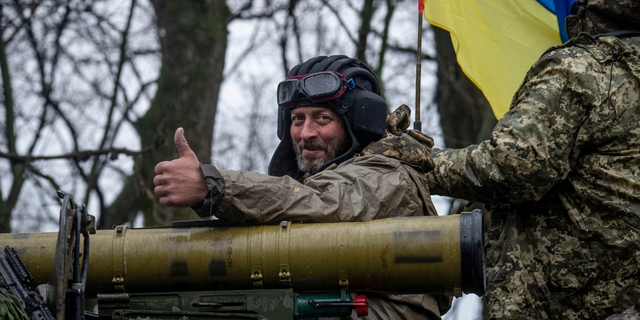 A Ukrainian soldier is aboard an armored combat vehicle in eastern Ukraine on Tuesday.
(Press Service of the Ukrainian Ground Forces / Handout via REUTERS)

The military president of NATO said that Russia’s aggression is not only a threat to Ukraine, but also to the European continent and to the billion citizens united under NATO.

“President Putin’s war in Ukraine has presented us with a new strategic reality,” Bauer said. “We must always be ready to expect the unexpected.”