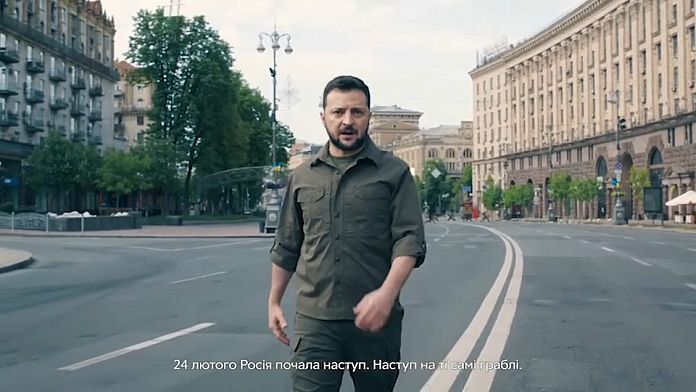 Ukrainian President Volodymyr Zelenskyy said in a May 9 speech that his country would eventually defeat the Russians.

“Very soon there will be two victory days in Ukraine,” Zelenskyy said in a video message.

“We are fighting for freedom, for our children, and therefore we will win,” he added.

Meanwhile, intense fighting rages on in eastern Ukraine, the vital Black Sea port of Odesa in the south has been the subject of repeated missile attacks and Russian forces are trying to finish off the Ukrainian defenders making their last stand in a ‘ steel mill in Mariupol.

Putin has long angered NATO’s eastward push in the former Soviet republics and argued on Monday that Russia must invade Ukraine before an “inevitable” confrontation. Ukrainian leaders and their Western supporters denied that Kiev or NATO posed a threat.

Putin once again claimed that the military operation in Ukraine was a battle against Nazism, linking the war to the defeat of Nazi Germany. The Soviet Union lost 27 million people in what Russia calls the Great Patriotic War.

The Ukrainian military has warned of the high probability of missile attacks during the holidays, and some cities have imposed curfews or warned people not to gather in public places.

Watch our live report from correspondent Anelise Borges in Odesa in the video player above.